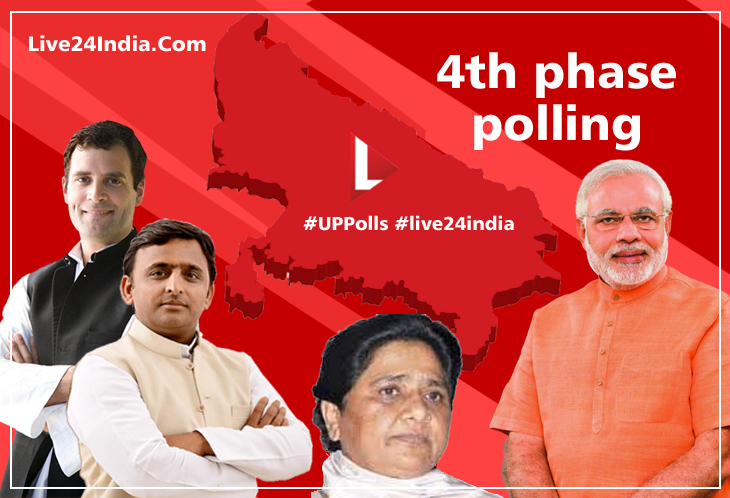 Lucknow, 21 Feb 2017 : Campaigning in elections for 53 assembly seats from 12 districts of Uttar Pradesh, which will go balloting in the fourth phase on February 23, ended on Tuesday evening.

Districts in Bundelkhand region — Jalaun, Jhansi, Lalitpur, Mahoba, Banda, Hamirpur, Chitrakoot and Fatehpur — are among those that will see polling on Thursday.

Voting will also be held in Pratapgarh, Allahabad and Rae Bareli, the parliamentary constituency represented by Congress President Sonia Gandhi.

As many as 680 candidates are in the fray in the fourth phase of the assembly elections, including the maximum number of 26 from the Allahabad North constituency.

In the 2012 assembly polls, the ruling Samajwadi Party (SP) won 24 seats of these 53 seats at stake on Thursday, the Bahujan Samaj Party (BSP) 15, the Congress six, the Bharatiya Janata Party (BJP) five and Peace Party three.

On the last day of campaigning, all political parties pulled out all stops to woo voters.

PDP minister back, crisis far from over