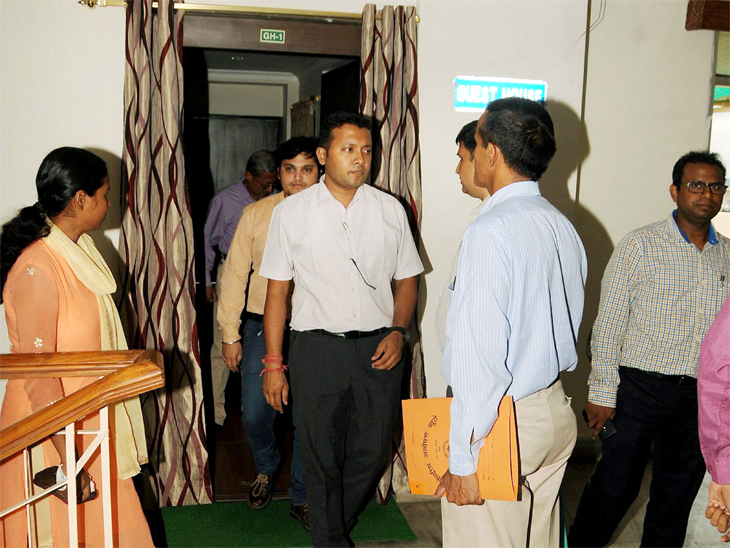 During the search operation, the CBI seized Rs 3.5 crore in cash, five kg gold and some incriminating documents from the premises owned by Dutta. Searches were on at several locations. Ranchi/New Delhi, 12 July 2017 : The CBI on Wednesday conducted raids at 23 locations in West Bengal and Jharkhand in connection with a graft case registered against the Principal Commissioner of Income Tax and others, an official said.

The four officials of Income Tax department, along with five businessmen and a Chartered Accountant have been booked on charges of criminal conspiracy, criminal misconduct and under the Prevention of Corruption Act.

During the search operation, the CBI seized Rs 3.5 crore in cash, five kg gold and some incriminating documents from the premises owned by Dutta. Searches were on at several locations.

Dutta and his colleagues were accused of favouring five Kolkata-based businessmen — identified as Biswanath Agarwal, Santosh Chowdhury, Aakash Agarwal, Vinod Agarwal and Arvind Agarwal — and their companies in the matter of taxes and for taking illegal gratification.

The CBI raids took place at 18 residential and office premises of the accused in Kolkata and five places in Ranchi in Jharkhand, a CBI official said.

It is alleged that Dutta and three other Income Tax officials conspired with six private persons, including a Kolkata-based chartered accountant Pawan Maurya, and some unidentified persons, the official said.

The CBI officers questioned Dutta at the IT office in Ranchi. Sources said the raids were related to hawala transactions.

Dutta during 2016 and 2017 had entered into a criminal conspiracy with other Income Tax officials, the businessmen, infamous entry operators and the Chartered Accountant for getting Income Tax assessment files of different assessee companies transferred from Kolkata and Hazaribagh to Ranchi for providing undue favour to those who have been charged with heavy tax liability, in lieu of huge bribes, the official said.

The official further said that Dutta had issued favourable orders in the case of private companies, who had already paid a huge bribe, which was allegedly stashed with a private person.

UN stresses on engagement, dialogue between India, Pakistan on Kashmir