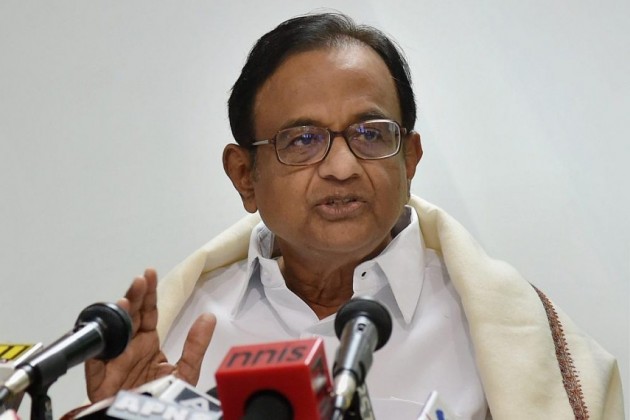 “I can’t get a Rs 2,000 note, yet crores in Rs 2,000 notes found their way to individuals being raided all over the country,” Chidambaram told reporters here. Nagpur, 13 Dec 2016 : Former Finance Minister P. Chidambaram said on Tuesday demonetisation was “the biggest scam of the year” and demanded an investigation into how some people were managing to get bundles of new Rs 2,000 notes while the masses struggle to withdraw even one.

“I can’t get a Rs 2,000 note, yet crores in Rs 2,000 notes found their way to individuals being raided all over the country,” Chidambaram told reporters here.

“The government has ordered the IT to investigate. It is a major crime and there must be a criminal investigation into this,” Chidambaram said.

Launching a scathing attack on the BJP government, the Congress leader termed demonetisation as “the biggest scam of the year” and demanded a thorough probe by a Special Investigation Team (SIT) into it.

“I believe the people will not forget what is being done to them and will certainly not forgive the government for it. I went for a wedding the other day, and saw that the rich are not affected. It is the poor who are hurt,” Chidambaram said.

Dismissing demonetisation as “a thoughtless move”, he pointed out “no one in the world has a good word for it… Every major newspaper and economists have condemned it”.

He questioned “what calculations went behind the government’s decision to permit people to withdraw Rs 24,000” when banks lacked sufficient cash to dispense and people were forced to stand in long queues all over the country.

“Forty-five crore people are dependent on daily wages for survival… They have been affected by demonetisation, who is going to compensate them,” Chidambaram asked.

Referring to the plight of people in the rural areas, he asked why the district cooperative banks have been kept out of the entire exercise.

“Keeping out District Cooperative Banks is punishing the farmers who are suffering today. They have no money to buy seeds, fertilizers, hire labour and other supplies,” Chidambaram added.

Pooh-poohing the government’s plans to go in for ‘cashless economy’, he questioned: “Which country in the world has cashless economy? Does the US, or Singapore have it? Where is the electricity in this country, where are the machines? You can’t trivialise a major blow to India’s economy…”

On the ramifications, the former Finance Minister detailed how credit growth, greenfield investments and aggregate demand are at an all-time low due to demonetisation, which is why former Prime Minister Manmohan Singh called it a “monumental mismanagement”.

“These numbers matter… It will take time for India to go cashless. To assume India will go from three per cent to 100 per cent cashless in a few months is an ‘outlandish’ expectation,” Chidambaram declared.

He said the government should have consulted at least Yeshwant Sinha (former NDA Finance Minister), or Manmohan Singh before implementing such a major step.