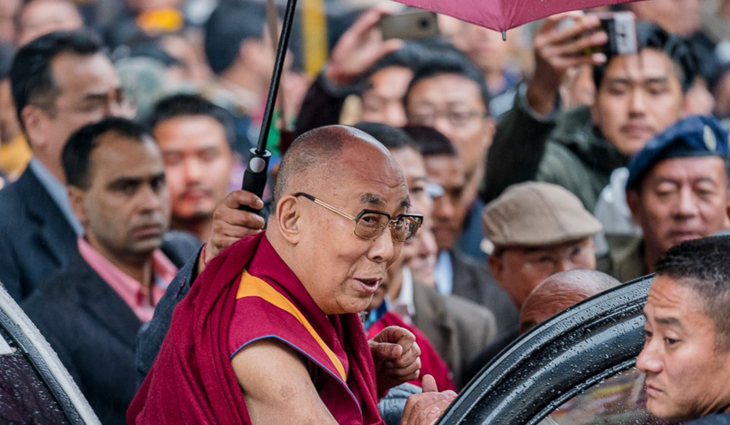 Beijing, 5 April 2017 : Diplomatic tensions visibly escalated over the Dalai Lama’s visit to Arunachal Pradesh, as China on Wednesday lodged a protest with India and said that by ignoring Beijing’s concerns over the issue New Delhi has caused “serious damage” to bilateral ties.

As the Tibetan spiritual leader entered Bomdila in Arunachal Pradesh to proceed to Tawang for a major Buddhist event, China struck a strident note in its protest against the move.

Later, the Chinese side lodged a protest with Indian Ambassador Vijay Gokhale in Beijing over the Dalai Lama’s visit.

She said that India should “immediately cease using the Dalai Lama’s mistaken behaviour to damage China’s interests” and not “hype up sensitive” bilateral issues.

The Foreign Ministry statement comes as the Chinese state-run media also slammed the Dalai Lama’s visit to Arunachal Pradesh, which China claims is disputed and part of south Tibet. India has said that Arunachal Pradesh is an inseparable part of its territory.

The Global Times accused the Indian government of “openly using” the Dalai Lama “as a diplomatic tool to win more leverage”.

It said India was trying to play the Tibet card against China as “New Delhi is dissatisfied with Beijing’s stance over its membership bid to the Nuclear Suppliers Group and its request to name Masood Azhar, head of Pakistani militant group, to a UN Security Council blacklist”, it said.

On Tuesday, India said that no political motive should be attributed to the Dalai Lama’s visit to Arunachal Pradesh and asked China not to interfere in its affairs.

Union Minister of State for Home Kiren Rijiju, who is from Arunachal Pradesh, said: “India has always been non-interfering in the neighbours’ internal affairs in our approach. In the same manner, we expect the same from our neighbours.”

My intentions are to entertain with dignity: Sunil Grover

India has never used me against China: Dalai Lama