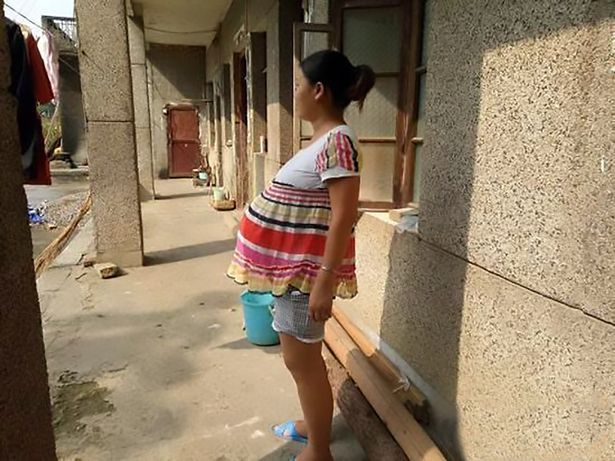 An expectant mother from Tianping City, Hunan province, Central China, claims she is pregnant eight months past her due date.
Wang Shi was reportedly pregnant for 17 months and should have delivered her baby in November last year, as stated in her government certificate allowing her to bear her child.
According to local news site Shanghaiist, Wang learned her pregnancy in February 2015 when she and her husband, Kang Zhiwei, went to a nearby hospital.

To her trepidation, doctors in her region discovered that Shi was not capable of delivering her baby yet since her child’s fetus was “underdeveloped.” Her pregnancy was at “grade 2,” or placenta previa, where the placenta blocks the neck of the uterus.
Wang told local media, “I feel ashamed of being pregnant for so long. I hope I can successfully and safely deliver my baby next month.”
“It has cost us more than 10,000 yuan (P69,000) just for the check-ups alone, and we’ve now lost our patience,” she added.
Wang, whose baby weighed 3.8 kilograms, said she would seek a Cesarean operation next month. Because of her prolonged pregnancy, she gained some 26 kilograms, from 52.2 kg to 78 kg.
In a report by Global Times, several Chinese doctors nullified and doubted the woman’s claims for several reasons.
A health official from Wang’s town of Tianba told the news site, “We asked her to undergo an ultrasound but she was unwilling. She only said she hadn’t menstruated since 2015, and we never saw her exam results.” Also, the doctor noted that she only applied for a government certificate a month before her due date.
A physician from Changsha told the Changsha Evening News: “There’s no evidence, medical or otherwise, that suggests she has been pregnant for 17 months.”

Rajnath to visit Kashmir on Wednesday