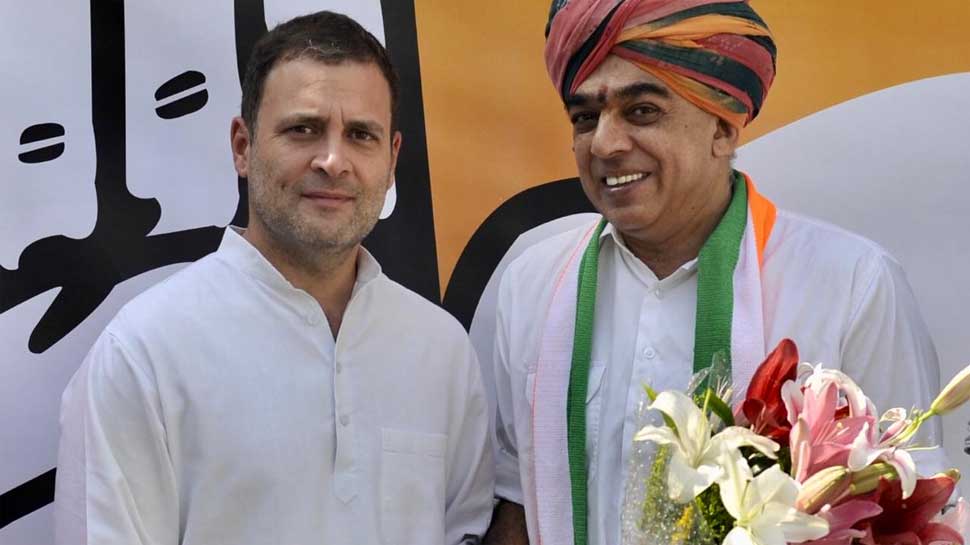 Former BJP MLA Manvendra Singh, who recently joined the Congress, is among the 32 candidates announced by the party on the day. Jhalrapatan in Jhalawar district has been sending Raje to the Assembly since 2003.

Manvendra Singh, who represented Sheo constituency in Barmer, quit the state’s ruling Bharatiya Janata Party in September, upset over the sidelining of his father in the party ever since the 2014 Lok Sabha elections. The Congress, in its first list of 152 candidates, released on November 16, fielded both its chief ministerial aspirants — Ashok Gehlot and Sachin Pilot.

While two-time Chief Minister Gehlot is contesting from his traditional Sardarpura seat, Pilot is in the fray from Tonk. The party has also fielded former Union Ministers C. P. Joshi and Girija Vyas for the Nathdwara and Udaipur Assembly seats.

Polls for the 200-member Rajasthan Assembly will be held on December 7 and the results will be declared on December 11. Related Topics:CongressRajasthanRajasthan Congress
Up Next

US-China trade war will have no winners: Xi