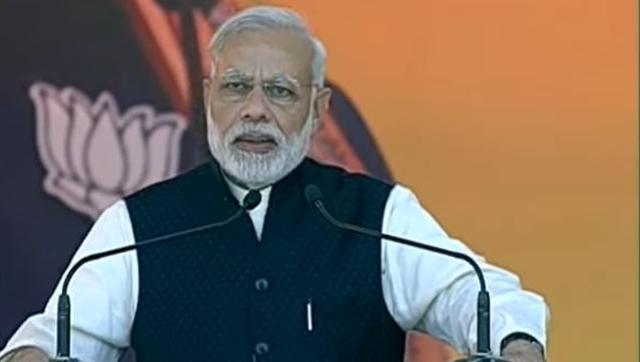 New Delhi, 25 Nov 2016 : In an apparent attack on the opposition, Prime Minister Narendra Modi on Friday said the demonetisation was under attack as its critics were tripped by the dramatic decision.

“Those who are criticising it are saying the government was not prepared to implement the decision,” Modi said at the Constitution Day celebration function at the Parliament House Annexe.

“But that is not the real reason behind their criticism. They are hurt because the government didn’t give them enough time to prepare for it,” he said.

“Even if they had got 72 hours to prepare themselves, they would have commended the move,” he added.

Modi made no reference to any political party. But the loudest criticism of his decision to do away with the old 500 and 1,000 rupee notes has come from the opposition parties.

The Prime Minister insisted there was only “little criticism” over his November 8 announcement.

Modi said the whole nation was today fighting a big war against corruption and black money and the common man had become a soldier in this war.

“The common man feels that over the last 70 years, the same Constitution and its laws and rules were misused to drown the nation in corruption,” he said.

“Our nation comes at the top when it comes to corruption. We want to change that and make this a proud country.

“It is a big nation and a big decision. I expect from those who see a bright future for the nation to help those facing difficulties so that we are victorious in this war against corruption,” he added.

Modi invited all political parties, NGOs and the media to educate and encourage people about cashless transactions.

“Everyone has a right to use their money. But it is not necessary to have physical currency to be able to spend it.

“Ours is a nation that has over 100 crore mobile phones. And we have technology to transact through these phones. Why not educate and encourage people to use this technology?”

He added that for the brighter future of the nation, there was a need for more transparency in financial transactions and a move towards digital currency.

Lok Sabha Speaker Sumitra Mahajan was present at the function, where two books on the Constitution were released.

After unveiling the books, Modi said it was important to see the Constitution in today’s context.

“When the nation got freedom, every citizen felt it was his duty to be a part of the freedom movement. The sense of duty was at its peak. People lived by it.