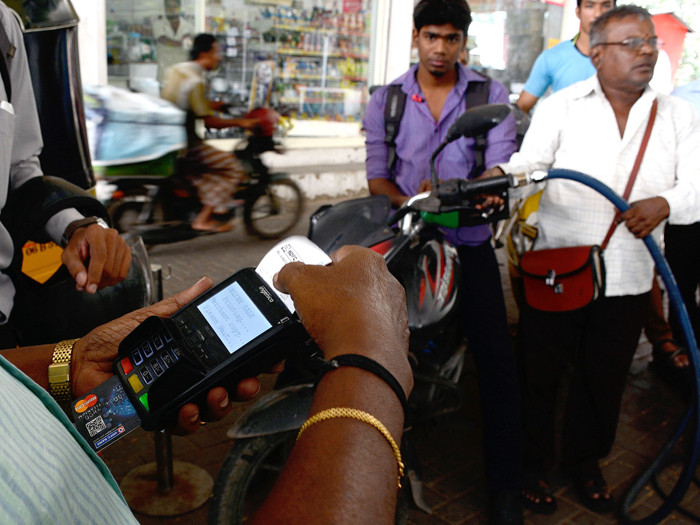 New Delhi, 9 Jan 2017 : Clarifying on on the issue of charges for transactions through cards at petrol pumps, Petroleum Minister Dharmendra Pradhan said on Monday that there will be no additional charges on digital transactions made at petrol stations.

“Neither the customers nor petrol pumps will bear additional charges on digital transactions. The issue will be resolved,” Pradhan said here outside Parliament.

“Regarding the issue, it is a business module between banks and oil marketing companies which they will resolve,” he added.

The All India Petroleum Dealers Association (AIPDA) on Sunday announced that it would not accept payments through credit and debit cards from Monday in protest the banks’ decision to levy additional charge of up to one per cent on such transactions.

Issue ordinance for conduct of Jallikattu: Panneerselvam to Centre