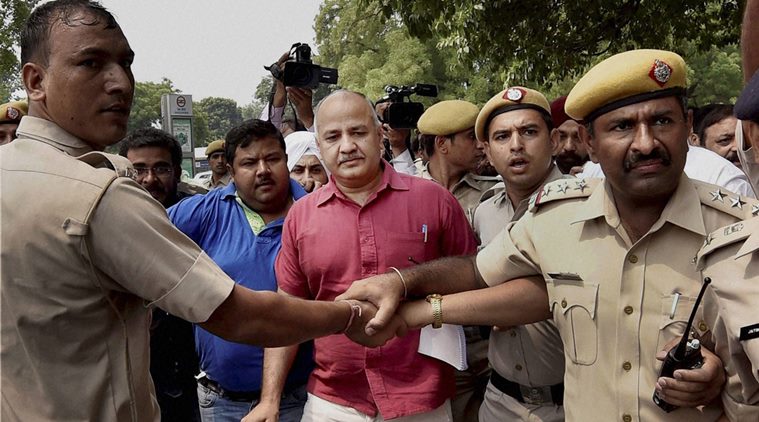 Aam Aadmi Party leader Dilip Pandey said “52 to 53” party leaders including ministers and MLAs were detained at the Parliament Street police station in the heart of the city.

The detention took place after some 400 to 500 AAP leaders and activists marched from near the Jantar Mantar monument towards Parliament, shouting slogans including “Note nahin, PM badlo” (Not currency, change the PM).

As they reached the police barricades outside the police station, about a kilometre ahead of Parliament, Sisodia gave a speech hurling corruption allegations against Prime Minister Narendra Modi.

He said the November 8 demonetisation of Rs 500 and Rs 1,000 notes had caused misery to the common people while, he alleged, pleasing the friends of the Prime Minister.

Among those detained were ministers Gopal Rai and Satyendar Jain as well as many AAP members of the Delhi assembly.

“Sisodia has been detained along with some AAP leaders and supporters,” Deputy Commissioner of Police Jatin Narwal earlier told .

The AAP has come out strongly against demonetisation, saying the currency spike was a scam aimed at bailing out corporate houses that had borrowed heavily from banks.