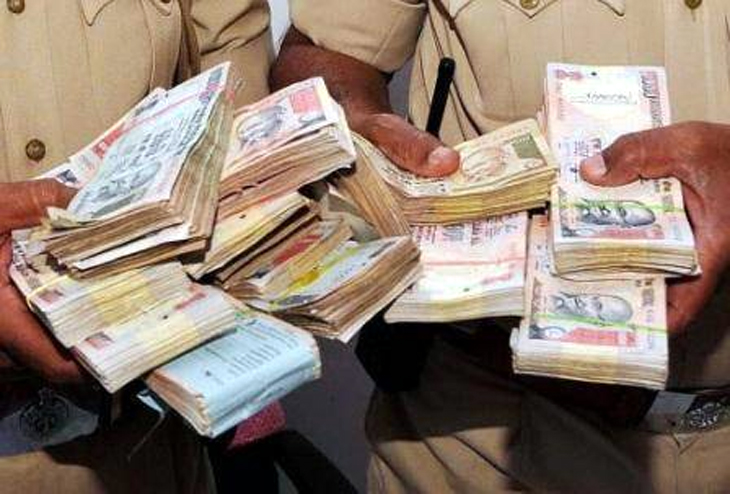 New Delhi, 29 Dec 2016 : The Enforcement Directorate on Thursday arrested a Delhi-based lawyer for allegedly converting demonetised currency worth Rs 60 crore into new notes in connivance with a bank manager at Kotak Mahindra Bank.

The ED sources said that Tandon had given Rs 1.5 crore as commission to Kumar, the bank manager at Kotak Mahindra Bank’s Connaught Place branch, for converting his demonetised high-value currency into new currency.

While questioning Tandon, the ED officials also learnt that he took the help of Lodha, 62, a businessman with interests in real estate and mining, who was intercepted at the Mumbai airport while he was trying to flee to Malaysia, to convert his high-value demonetised notes worth over Rs 2.6 crore into new currency.

Cash amounting to Rs 13.65 crore, including Rs 2.6 crore in new currency notes, was seized from Tandon’s office in Greater Kailash-I area of south Delhi during a raid conducted by the Delhi Police on December 10.

Tandon’s T&T law firm and residence, before this operation, were separately searched by the Income Tax department which said that he had declared undisclosed income of over Rs 125 crore.

The agency has sent two phones, allegedly seized from Lodha, for forensic examination as they contained some WhatsApp conversations between him and Tandon.

ED officials earlier on December 1 raided multiple hawala operators across the country involved in illegal conversion of old currency notes of Rs 500 and Rs 1,000 since the November 8 demonetisation announcement.