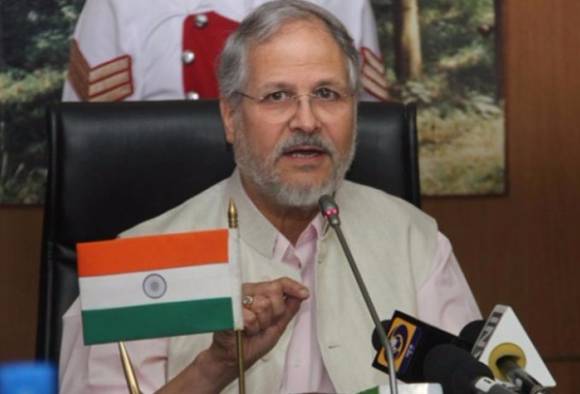 New Delhi, 22 Dec 2016 : Lt. Governor Najeeb Jung on Thursday resigned and said he will return to academics, “his first love”.

In a brief statement, Jung thanked both Prime Minister Narendra Modi as well as Delhi Chief Minister Arvind Kejriwal, with whom he had been locked in a turf battle for months.

“He thanks the Prime Minister for all help and cooperation he received during his tenure as the Lt. Governor,” the statement said.

Jung became the Lt Governor on July 9, 2013 when a Congress-led coalition was in office. The Modi government retained him even as it replaced most Governors in the states.

“He also thanks the Chief Minister of Delhi for his association in the last two years,” the statement said.

Jung thanked the people of Delhi too for “their support and affection, especially during the one year’s President Rule” leading to the assembly elections that led to a AAP victory in February 2015.

A former IAS officer from the Madhya Pradesh cadre and a former Vice Chancellor of Jamia Millia Islamia in New Delhi, Jung gave no reason for his sudden decision to step down.

Jung’s tenure was marked by a sharp escalation in tensions between his office, which reported to the central government, and the Aam Aadmi Party government of Kejriwal.

NCLT has not granted any interim relief to Mistry: Tata Sons