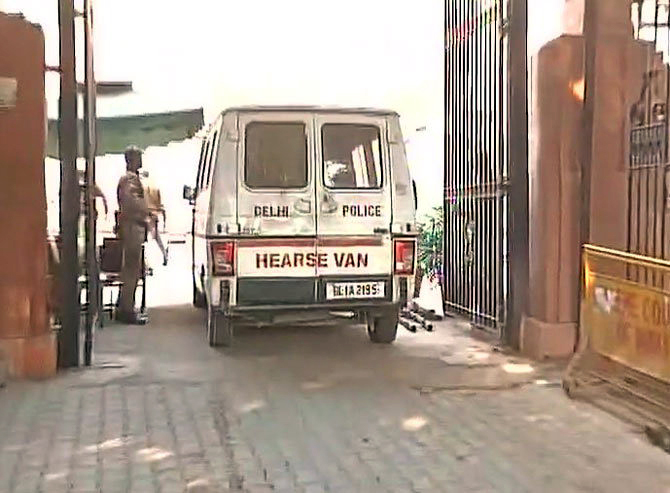 New Delhi, Jan 2 : An on-duty Delhi Police head constable on Monday shot himself dead with his service revolver inside the Supreme Court premises, the police reported.

Chand Pal Singh, 45, who was deputed at the court for the last one-and-half years, shot himself between 8 a.m. and 9 a.m.

The incident took place near Gate G of the apex court, a police official said.

A resident of Bagpat in Uttar Pradesh, Singh was reportedly unhappy over some problems in his family. Police suspect family reasons behind the suicide.

UP has to change for India to progress: Modi