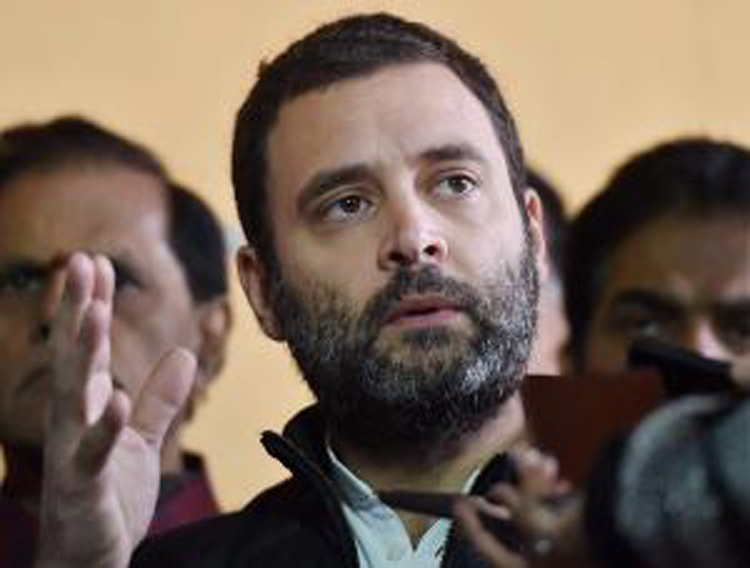 Interacting with traders and commoners here, Gandhi accused Modi of continuously changing his narrative on withdrawing Rs 500 and Rs 1,000 notes and ridiculed his ambitious plan of creating a cashless economy.

“The poor and honest queuing up outside banks and ATMs” continued to suffer he said, adding “you will not find a single rich or black money hoarder there”, as they were completely unaffected by the exercise.

Gandhi said: “While you struggle to get your own money, the black money hoarders are getting their money converted into white in the banks through the back doors.”

He accused Modi of waging a war against the poor through demonetisation.

Gandhi said the real motive behind the exercise was to enable the banks collect enough money so they could waive off the loans given to the big corporates and industrialists.

“The motive is to flush the banks with your money. These banks have given out loans to the tune of Rs 8 lakh crore to corporate and industrialists,” Gandhi said.

“If your money remains in these banks for eight to 10 months, they will be able to waive off these loans owed by the industrialists who actually marketed Modi and made him the Prime Minister,” said Gandhi.

“The Prime Minister’s narrative has changed over time, first it was fight against black money, then terrorism and now it’s about making society cashless.

“Modi has really made the economy cashless because the people don’t have any cash. The whole country is crying,” he said.

Gandhi said the demonetisation was carried out to suit the interests of the corporates and industrialists who were “running the government de facto”.