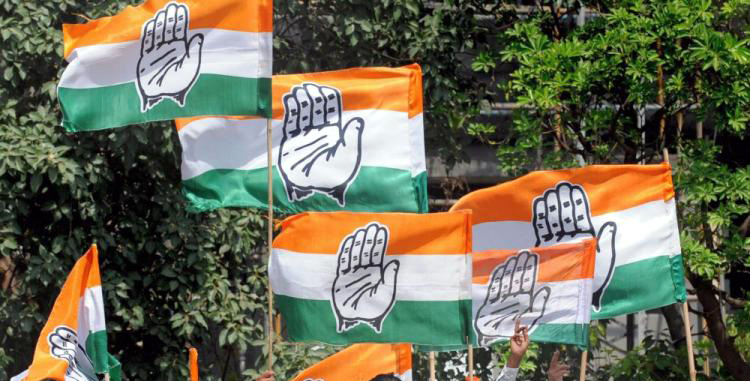 New Delhi, 7 Dec 2016 : The Congress on Wednesaday said the government’s decision to ban high-denomination notes has badly jeopardised the economy and the exercise was a complete failure.

Describing the whole exercise to demonetise notes as giving birth to a stillborn child, Congress said the government has miserably failed to extract black money from the system.

“A month after Prime Minister Narendra Modi’s unilateral declaration of note ban, the economy of the country is badly jeopardised.

“This whole demonetisation exercise is a complete failure and yielded nothing. It has battered the economy, caused grave inconvenience to crores of people, caused the death of at least 84 people, and resulted in loss of lakhs of jobs,” Congress MP Sushmita Dev told media persons in the Parliament House precincts.

She said the government has “miserably failed” to extract the black money from the system through the demonetisation exercise.

“The Revenue Secretary (Hasmukh Adhia) said that the entire cash withdrawn from the system will be deposited back into the system.

“This effectively means the entire demonetisation exercise is a complete failure,” Dev added.

“When people have an option of converting their unaccounted black money into white and paying 49.9 per cent of tax as per the newly amended Income Tax law without any fear of prosecution, why would those people deposit their unaccounted wealth in banks, and get taxed 132 per cent?” she said.

“Will Modiji explain how Rs 13,600 crore was discovered by Gujarat-based realtor Mahesh Shah and why was he given VIP treatment and is not yet arrested by government,” she asked.

Elections are fought and will be fought with black money : Farooq Abdullah

Donald Trump Is Time Person Of The Year