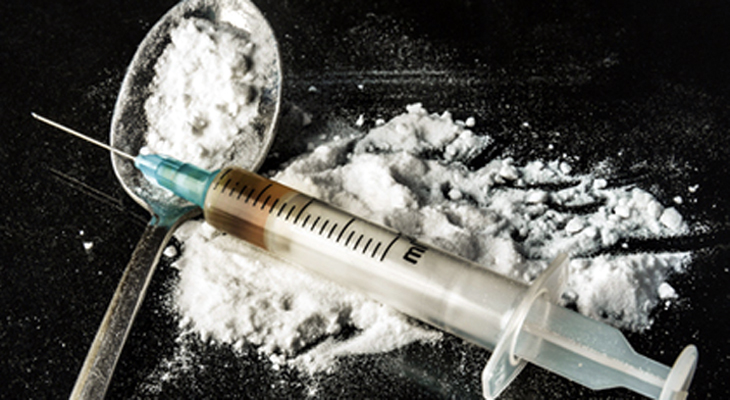 New Delhi, 22 Feb 2017 : Delhi Police claimed to have busted a syndicate of international drug suppliers and arrested its two members with three kg of high-grade heroin valued at Rs 12 crore in the international market.

Police said the gang had been bringing heroin from Myanmar and supplying to various states, such as Uttar Pradesh, Punjab and Haryana, among others.

“Nitin Gupta and Hefizuddin were arrested on Tuesday night from a hotel at Mahipalpur in south Delhi during a raid on information that a gang of drug suppliers was staying in the hotel,” Deputy Commissioner of Police Sanjeev Kumar Yadav said.

Nitin Gupta, 30, a resident of Uttam Nagar, and Hefizuddin, 27, hailing from Manipur, had been supplying drugs to the syndicate’s kingpin — Shahyar of Manipur — and other drug dealers in Delhi and the National Capital Region.

“Hefizuddin told investigators that he had brought the heroin consignment to Delhi from Manipur by air on Tuesday. He used to wrap the drugs in thick layers of carbon papers to avoid detection by scanners and to dodge the security persons at airport,” DCP Yadav said.

“He told police that there is widespread illegal cultivation of opium in bordering areas of Manipur, but its quality is inferior to that of Myanmar. The heroin from Myanmar is also cheaper than India-processed heroin,” Yadav added.