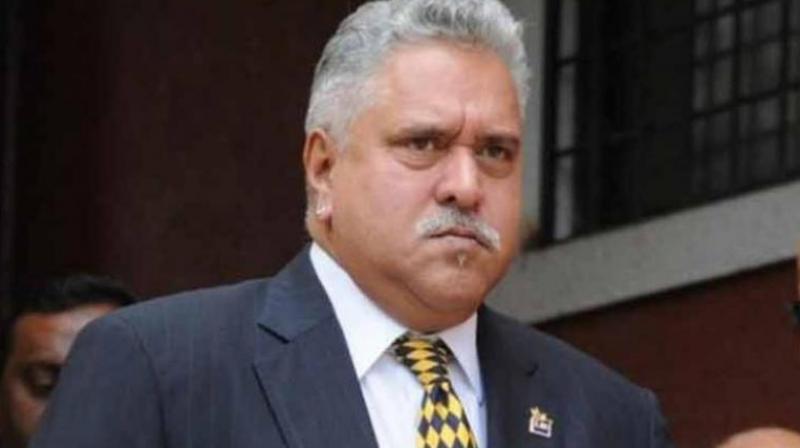 Mumbai/New Delhi, Sep 3 Spelling fresh trouble for absconding liquor baron Vijay Mallya, the Enforcement Directorate(ED) on Saturday attached his assets
in Maharashtra and Karnataka and bank deposits and company shares worth Rs 4,234.84 crore as part of its ongoing probe following a complaint by State Bank Of India (SBI) in connection with a loan default.

This is the first major action against Mallya, 61, after he was declared a “proclaimed absconder” under Section 82 of the CrPC, by Special Judge P.R. Bhavke of the Special Court of Prevention of Money Laundering Act (PMLA) on June 14.

Mallya was required to appear in person before the Special Court within 30 days after he was declared ‘proclaimed absconder’, failing which the government could initiate attachment and disposal of his assets to recover the dues, an official said.

The official said the ED is investigating the same case in which the Central Bureau of Investigation (CBI) on August 13 had registered a case against Mallya, his defunct Kingfisher Airlines, UBHL and others after State Bank of India approached the agency with a complaint on behalf of a consortium of 17 banks for causing them loss of Rs 6,027 crore.

The ED Mumbai branch registered a fresh case against Mallya, Kingfisher Airlines, UBHL and others under Prevention of Money Laundering Act (PMLA) 2002.

Earlier, ED registered a money laundering case against Mallya and Kingfisher Airlines and its CFO in January 2016 in the matter of IDBI bank loan of Rs 750 crore.

As per the First Information Report (FIR), Mallya and UBHL executed a personal guarantee and a corporate guarantee at the time of obtaining loans from the banks in addition to the collateral securities of Kingfisher Airlines and its assets.

“On the request of Mallya, Kingfisher Airlines and UBHL, their loans were recasted in December 2010 and total outstanding were settled as Rs 5,575.72 crore subject to regular debt serving and adherence to agreed repayment schedules,” the official said.

However, the official said, the accused failed to pay as per recast agreement and even did not honour the guarantees executed by them.

“Instead of it, the accused filed court case against banks that the said guarantees were taken from them under coercion or by force. Hence the consortium resorted to file complaint with CBI,” the official said.

The ED investigation so far revealed that huge funds (more than Rs 3,500 crore) out of these loans were remitted outside India on pretext of payments of lease rentals or repair and maintenance but they failed to provide proper lease agreements and many irregularities in such payments were observed.

In the investigation, the ED also found that Mallya created a complex web of shell or investment companies in the name of his family members and employees with dummy directors.

“These companies though do not have any business activities and no independent source of income but hold substantial movable and immovable properties,” the official said.

Mallya, while submitting a statement of his personal assets to the consortium of banks, has not disclosed his full properties in India and overseas as well as his interests in these companies being controlled directly or indirectly by him, the official said.

“There were substantial movable properties in the form of shares of various public limited companies held in the name of Mallya and UBHL, who have given personal and corporate guarantee, respectively.”

The official said that a huge number of shares were also being held in the name of various other group companies controlled directly or indirectly by Mallya. “Even though sufficient funds were available with the accused, they had no intention to make payment towards the bank loans.

“They deliberately kept the huge number of shares approximately worth Rs 3,600 crore pledged with UTI Investment Advisory Services Ltd and Other financial institutions without substantial underlying liabilities and thus kept the consortium of banks in dark,” the official said.

He said that Mallya criminally conspired with Kingfisher Airlines and UBHL to obtain funds through a consortium of banks, and out of which principal amount of Rs 4,930.34 crore still remains unpaid.

Mallya flew to London on March 2 this year just days before a consortium of lenders knocked on the Supreme Court’s doors to recover Rs 9,431.65 crore in loan and interest

Related Topics:EDMallya'sVijay Mallya
Up Next

Mehbooba flies to Delhi as one more killed in Kashmir