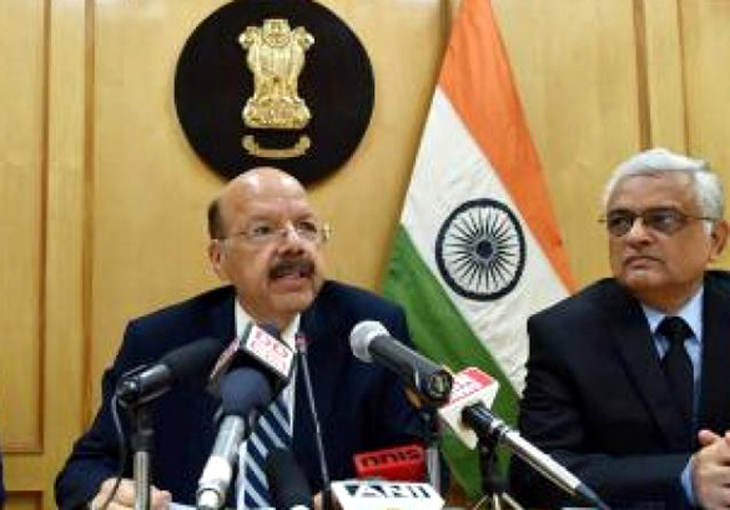 New Delhi, 20 May 2017 : Yet again seeking to demonstrate that the electronic voting machines (EVMs) are not tamperable, the Election Commission on Saturday dismissed the possibility of manipulating the functioning of the machines either during manufacturing, polling and transportation stages or when they are stored.

He said there is no chip or data stored in the machines that can be tampered with by any external device like mobile phone, bluetooth and external wireles, wi-fi and internet connection.

The CEC then said that even the results cannot be changed through any coded signal.

Zaidi said: “No tampering can be carried out by any Trojan horse malware in its software.”

“There cannot be manipulation in a planned manner in the manufacturing stage in advance as the numbers of the candidates are not known to the manufacturers,” Zaidi said.

“Even the EC does not have these details in advance. It can’t be known about the candidates, their names or their numbers in advance,” he said. During counting of votes, he said no manipulation was possible.

Zaidi then said that the EC has already announced that all future elections will be mandatorily held with VVPAT (Voter Verifiable Paper Audit Trail) and orders have been issued for manufacturing these machines.

“The manufacturer will start manufacturing the EVMs with the VVPAT in August this year and it will deliver the new machines to the commission in September 2018,” Zaidi said, adding that this would restore the faith of voters in transparent elections.

He said all the safety measures along with other factors should put an end to all doubts about the possibility of manipulating or tampering with the EVMs.