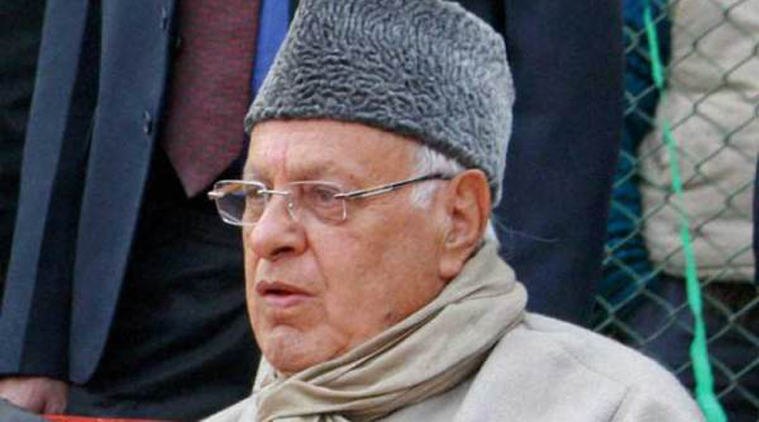 New Delhi, 7 Dec 2016 Former Jammu and Kashmir Chief Minister Farooq Abdullah on Tuesday claimed that elections in India are fought using black money and will be continue to be so in the future.

“Elections are fought using black money and will continue to be so. Today for contesting parliamentary polls, one needs at least Rs 10 crore. The helicopters, large number of vehicles used during campaign, looking after party activists, from where does this money come from,” said Abdullah at the aAgenda Aaj Tak’ event while giving his views on if political parties should also declare details of donations below Rs 20,000, received by them.

Under the Representation of People Act, 1951 political parties are required to submit contribution details received in excess of Rs 20,000.

“If something needs to be changed then it has to be the mentality. You (government) changed currency notes. But this will not work,” said the National Conference patron.

Speaking on the occasion, Union Power Minister Piyush Goyal said his party was not opposed to the idea of declaring details of donations.

Defending the government’s move to demonetise Rs 500 and Rs 1,000 notes, he said it will result in black money hoarded by individuals coming back into economy.

He said that demonetisation will lead to increasing income tax base and eventually reduction of income tax rates. He also said that the move will also help in controlling price rise.

Flaying demonetisation, Congress leader R.P.N. Singh said it has only opened up new avenues for the people to indulge in corruption.

Attacking the Narendra Modi government over the demonetisation issue, CPI-M Politburo member Mohammed Salim said it was not sure about the motive behind then move.

“Initially the government said demonetisation was to fight black money, corruption and terrorism. The government since then has been changing the narrative and now it is talking about having a cashless economy,” he said.

On the issue of donations to political parties, Salim questioned why parties should be allowed to accept donations from corporates.