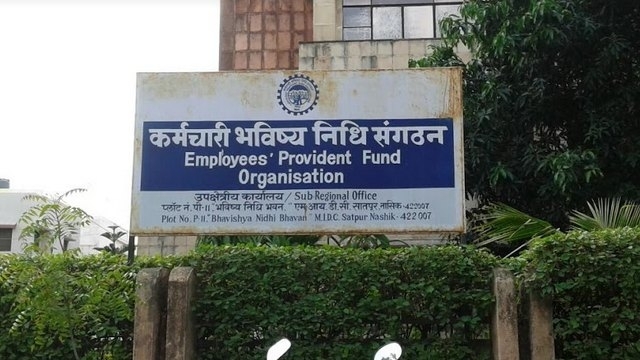 Bengaluru, 19 Dec 2016 : Interest on provident fund deposits was today lowered to 8.65 per cent for the current fiscal, from 8.8 per cent in 2015-16, by retirement fund body EPFO, citing lower surplus.

“We have decided the interest for EPF subscribers at 8.65 per cent for 2016-17. The decision was arrived at after detailed consultations with all stakeholders. With consensus we have taken this decision,” Union Minister of State for Labour and Employment Bandaru Dattatreya told reporters here.

After the 215th meeting of EPFO’s apex decision making body, the Central Board of Trustees (CBT), he said: “In spite of giving 8.65 percent interest rate, we have surplus of Rs 269 crores.”

Interest rate of 8. 8 per cent was provided in 2015-16. Interest income from PF investments for 2016-17 has been estimated mainly on the basis of interest income received or receivable in this financial year, including surplus from previous year of Rs 410 crore, officials said.

As the surplus has come down compared to the previous year, interest has been reduced by 0.15 per cent compared to last year, he said, adding that “if we had declared more interest rate this year, surplus from this year for next year would have been less”.
Announcing the interest rate cut, Dattatreya, who is the CBT Chairman, said that while the total accounts in the Employees Provident Fund Organisation are 17.85 crore, EPFO’s trustcorpus as on 31 March 2016 is Rs 7.48 lakh crore.

He said that despite reduction, EPF paid the highest rate among others like Public Provident Fund (PPF), where the interest rate is 8.1 per cent; General Provident Fund (GPF), 8 per cent and post office term deposits that start from 7.10 per cent for one year.

“The overall scenario is such that interests are coming down. We are giving highest interest for workers. It indicates our Ministry and our Prime Minister’s commitment to protect the interest of employees,” he added.

Dattatreya also announced that decision has been taken to reduce EPFO administrative charges from 0.85 per cent at present to 0.65 per cent.

He said a campaign will be undertaken to meet the twin objectives of increasing the enrolment of new workers, thereby extending social security benefits to all workers and reduce litigation.

A target of 50 lakh workers has been set for the first phase.

He said the campaign from January 1, 2017 to March 31, 2017 would focus on a large unorganised sector which constitutes 92 per cent.

CBT, headed by the Labour Minister, is the highest decision-making body of the EPFO with representatives from the government, industry and trade unions.

The Finance Ministry has been reportedly asking the Labour Ministry to bring the EPF interest rate in alignment with other small saving schemes of the government like PPF.

Earlier this year, it lowered the interest on EPF for 2015-16 to 8.7 per cent from 8.8 per cent approved by the CBT but the step was retraced after trade unions protested it.

The interest rate was later provided at 8.8 per cent.

Related Topics:EPFEPFOInterest rate
Up Next

‘One-time deposits of over Rs 5,000 aimed at reducing bank queues’