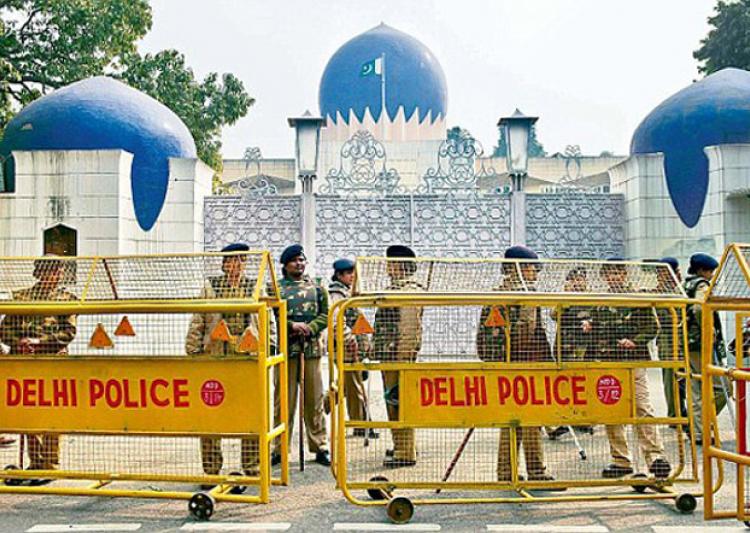 New Delhi: The Pakistan High Commission employee, who was recently  expelled by India for spying, had named 16 other “staffers” who were also
allegedly involved in the espionage ring, police said on Tuesday.

During his joint interrogation by Delhi Police and intelligence agencies,  expelled Pakistani High Commission staffer Mehmood Akhtar had claimed
that 16 other employees of the diplomatic mission were in touch with  spies for extracting sensitive information and documents pertaining to  army and BSF deployment, said a senior police officer privy to the probe.

His claims are still being verified and, if found to be true, the police might write to the Ministry of External Affairs to take the matter forward, the officer said.

Crime Branch teams are raiding various places in Rajasthan to apprehend the locals who were providing confidential documents and information to Akhtar, who allegedly headed the espionage racket.

Two teams of Crime Branch are currently in Rajasthan along with the other arrested accused – Maulana Ramzan, Subhash Jangir and Shoaib – to seek details of paramilitary personnel who might be involved in leaking information to them, sources said.

Two persons have also been detained in Rajasthan and are currently being questioned, said the officer.

“It is suspected that some retired officers were in touch with the arrested spies,” he said.

Ramzan and Jangir, residents of Nagaur, Rajasthan, were held along with Akhtar. Another accused Shoaib was detained in Jodhpur and brought to Delhi by the police where he was arrested.