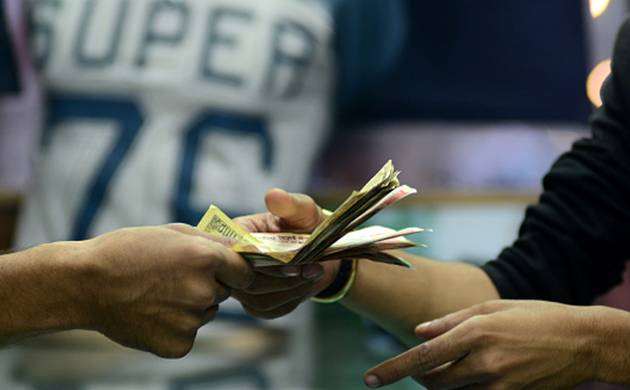 The Finance Ministry said that persons depositing their household savings will not be questioned by the IT department.

New Delhi, 18 Nov 2016 : Government on Friday cautioned Jan Dhan account holders, housewives and artisans that they will be prosecuted under the I-T Act for allowing misuse of their bank accounts through deposit of black money in Rs 500/1,000 notes during the 50-day window till December 30. The directive comes against the backdrop of reports that some are using other persons’ bank accounts to convert their black money into new denomination notes. In some cases, even rewards are being given to account holders for allowing such misuse.

The government had earlier said deposits up to Rs 2.50 lakh in bank accounts would not come under tax scrutiny as it is within the tax exemption limit. In the case of Jan Dhan account, the holder can deposit up to Rs 50,000.

However, the income tax department has noted that people are under impression that no action will be taken for deposits up to Rs 2.50 lakh during November 9-December 30.

The ministry said “such tax evasion activities can be made subject to income tax and penalty if it is established that the amount deposited in the account was not of the account holder but of somebody else. Also, the person who allows his or her account to be misused for this purpose can be prosecuted for abetment under the Income Tax Act”. The government has earlier said black money deposited in bank accounts during the 50-day period will be subject to tax, interest and 200 per cent penalty.

It asked people not to be lured into conversion of black money and become a partner in the crime of converting black money into white through this method.

“Unless all citizens of the country help the government in curbing black money, this mission of black money will not succeed,” the official statement said.

It also asked people to provide information of such illegal activities to the I-T department so that immediate action can be taken and such illegal transfer of cash can be stopped and seized.

“Black money is a crime against humanity. We urge every conscientious citizen to help join the government in eradicating it,” it added. Following the demonetisation announcement of November 8, people have been queueing up in front of banks to convert and deposit the now-defunct 500 and 1,000 rupee notes.

The tax department has already made quoting of PAN mandatory if cash deposits during the 50-day period aggregate Rs 2.5 lakh or more in bank accounts.