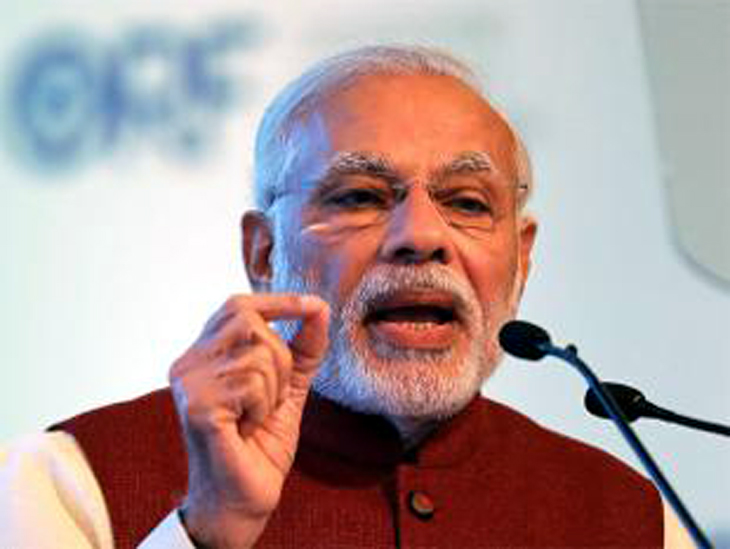 New Delhi, 8 April 2017 : Prime Minister Narendra Modi on Saturday expressed the firm belief that there will be an early solution to the issue of sharing waters of the river Teesta with Bangladesh while describing Dhaka’s zero-tolerance policy towards terrorism as an “inspiration”.

“They sustain our peoples and their livelihoods. And, the one that has attracted the greatest attention is the Teesta,” he said.

“This is important for India, for Bangladesh and for India-Bangladesh relationship.”

Acknowledging the presence at the media address of West Bengal Chief Minister Mamata Banerjee, who has been opposing the Teesta waters agreement, as “my honoured guest”, he said that “her feelings for Bangladesh are as warm as my own”.

“I assure you and the people of Bangladesh of our commitment and continuing efforts. I firmly believe that it is only my government and Excellency Sheikh Hasina, your government, that can and will find an early solution to Teesta water sharing,” Modi said.

He also expressed appreciated Bangladesh’s efforts to contain radicalism and religious extremism as “their spread poses a grave threat, not just to India and Bangladesh but to the entire region”.

“We have the greatest admiration for Prime Minister Sheikh Hasina’s firm resolve in dealing with terrorism,” he said.

“Her government’s ‘zero-tolerance’ policy towards terrorism is an inspiration for all of us.”

In this connection, he announced a line of credit of $500 million to support Bangladesh’s defence-related procurement.

This apart, he also announced a line of credit of $4.5 billion for the implementation of projects in priority sectors for Bangladesh.

Stating that energy security was an important dimension of to the two countries’ development partnership, Modi said: “Today, we added an additional 60 MW of power to the 600 MW of power already flowing from India to Bangladesh. The supply of another 500 MW has already been committed from the existing inter-connection.”

Stating that the two sides have agreed to finance a diesel oil pipeline from Numaligarh in Assam to Parbatipur in Bangladesh , he said companies from both countries would be entering into a long-term agreement for the supply of high speed diesel to Bangladesh.

After having jointly launching with Sheikh Hasina train and bus services between Kolkata and Khulna in Bangladesh and restoring the once defunct Radhikapur-Biral rail link between the two countries, Modi expressed hope for early implementation of the Bhutan-Bangladesh-India-Nepal (BBIN) Motor Vehicles Agreement and said that “this would usher in a new era of sub-regional integration”.

The Indian Prime Minister also called for business and industry of both the countries to work towards diversifying bilateral commercial engagements.

“Our agreement to open new border haats will empower border communities through trade and contribute to their livelihoods,” he stated.

After jointly releasing with Sheikh Hasina a Hindi translation of Bangladesh’s founder Sheikh Mujibur Rahman’s autobiography “Unfinished Memoirs”, Modi said that both countries would jointly produce a film on the life and works of Mujibur Rahman and a documentary of the 1971 Bangladesh Liberation War.

On her part, Sheikh Hasina expressed gratitude for India’s contributions towards the Bangladesh Liberation War.

She appreciated Modi “for his dynamism and innovative ideas that are not only taking India forward but adding value to our our bilateral relationship”.

“People of South Asia will be the beneficiary of our friendly relations,” she said, adding that sub-regional cooperation was “very, very important for development”.

Stating that “people-to-people contact is our strength”, she said that Bangladesh would upgrade its visa office in Agartala after having reopened a diplomatic mission in Guwahati.

She also reiterated her commitment for peaceful border with India free of crime.

She appreciated the naming of a road in New Delhi after her father, Sheikh Mujibur Rahman.

The Bangladesh Prime Minister arrived here on Friday on a four-day visit to India. This is her first bilateral visit to India in seven years after her visit in 2010.