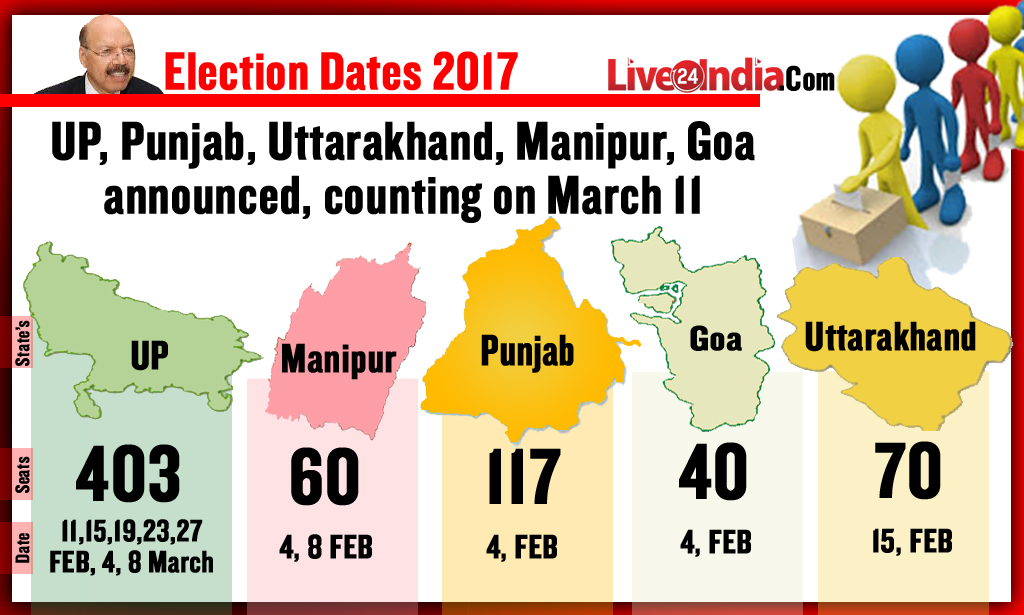 Goa polls on February 4, code of conduct in force The results from all five states will be known on March 11, Zaidi told a press conference here.

While polling in Goa and Punjab will take place on February 4, Uttarakhand will vote on February 15 and Manipur in two phases on March 4 and 8.

This will be the single biggest electoral exercise since the 2014 Lok Sabha polls and will involve a total of 690 constituencies, 403 of them in Uttar Pradesh alone.

MS Dhoni quits as captain of ODI and T20 teams