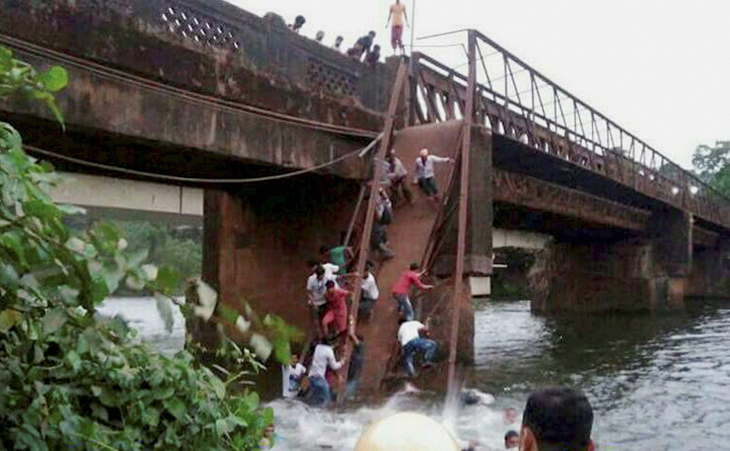 Panaji, 18 May 2017 : More than 30 persons are believed to be missing after an old bridge in Curchorem town in south Goa partially collapsed on Thursday evening.

“One body has been taken out of the waters,” Savaikar said.

South Goa District Magistrate Swapnil Nail told IANS that the exact count of people missing was not known yet and that a sub-divisional officer had been sent to the site to take stock of the situation.

Director General of Police Muktesh Chander also told reporters that the exact count of persons missing due to the mishaps had not been confirmed .

Unofficial sources suggest that there were around 50 persons on the dilapidated bridge, when a part of it gave way.

Police sources, however, said a crowd had assembled on the bridge to witness a suicide bid when the tragedy occurred.