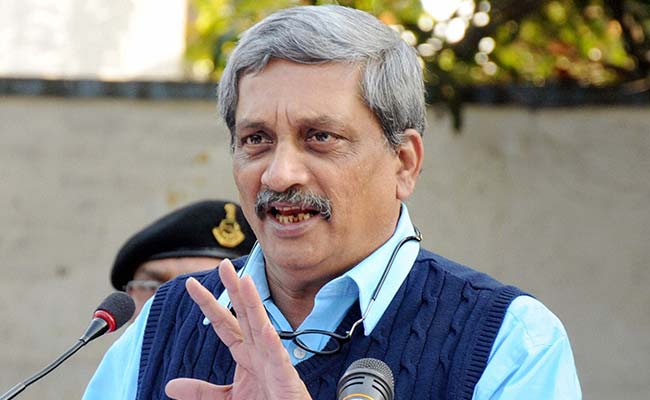 Rewari (Haryana), Amid escalating tension between New Delhi and Islamabad over the ongoing violence in the Kashmir Valley, Defence Minister Manohar Parrikar on Tuesday said here that going to Pakistan was the same as going to hell.

A day after Prime Minister Narendra Modi openly came out in support of “freedom” for Balochistan and ‘Pakistan-occupied Kashmir’, Parrikar, who was in Haryana’s Rewari to participate in ‘Jara Yaad Karo Qurbaani’ programme, said, ‘Yesterday, our soldiers sent back five terrorists. Going to Pakistan is the same as going to hell.’

“Pakistan has always been promoting terrorism. Now sometimes, even it is bearing the consequences of terrorism,” he added.

Parrikar also said that if anybody decides to attack India, he will not remain silent.

He said that Indian soldiers will give a befitting reply to every attack. He said that Pakistan Occupied Kashmir (PoK) is part of India and the violation of human rights should stop in Balochistan.

Prime Minister Modi, during his address on the nation’s 70th Independence Day, said, ?People of Balochistan, Gilgit and Pakistan-occupied Kashmir (POK) have thanked him a lot in the past few days and he is grateful to them.”

WADA appeals to CAS against clean chit to Narsingh