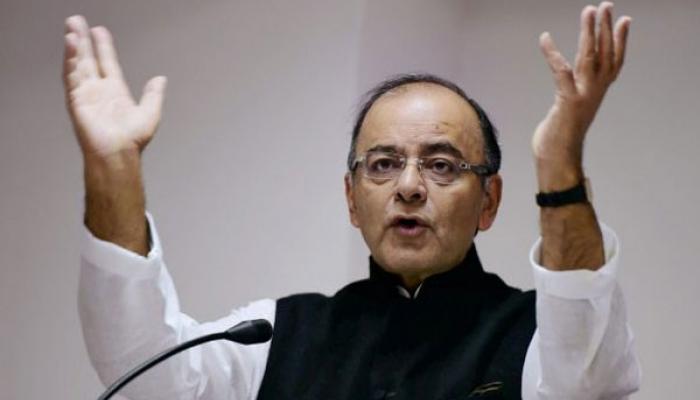 New Delhi, 03 Nov 2016 : Conceding to stakeholders’ demands, the Goods and Services Tax Council on Thursday arrived at a consensus of four bands of tax of between 5 per cent and 28 per cent, while agreeing to compensate states for losses on account of a shift to this new regime by way of cess.

Apart from the 5 per cent and 28 per cent rates, there will also be two standard rates of 12 per cent and 18 per cent. This apart, another category of tax will be on luxury goods like high-end cars, pan masala, aerated drinks and tobacco products. They will be taxed at between 40 per cent and 65 per cent.

But foodgrains will be zero-rated to insulate people from inflationary pressures.

Giving these details at the conclusion of the first day of the council’s two-day meeting, Union Finance Minister Arun Jaitley said members also arrived at a consensus on tax rate for white goods. “The draft called for 26 per cent, the consensus is for 28 per cent,” he said.

The current levy varies between nil tax to 30-31 per cent.

Jaitley also explained why the decision was taken to compensate states with a cess. “As per our calculation, Rs 50,000 crore will be needed in the first year for compensation. If we have to raise this by way of tax, we will need Rs 1,72,000 crore,” he said.

He was alluding to the what will potentially be left after the central government shares the tax with states — that is, Rs 50,000 crore. “The cess is not an additional levy, but an existing one. So it will not be an additional burden of even a rupee,” he said.

“Luxuary cars, tobacco, aerated drinks will be levied with a cess, which along with clean energy cess on usage of coal, will be used to compensate states for loss of revenue.”

The Finance Minister also said the compensation to states will have a sunset clause of five years, even as the council will take a call every year to see if the same needed to be continued.

He said the items that will evoke nil tax comprise some 50 items that go into the basket of Consumer Price Index, while hite goods and similar category of products — like washing machines, air conditioners, refrigerators, shampoo, shaving stuff and soap — will have a rider.

“The rider is there are several items which are used by the lower middle class. The objective is that the tax will be still below the present rate. Additional revenue will be used to compensate so that GST has a progressive character.”

He said a panel of secretaries will meet to identify which product will fit into which category. “This exercise will start immediately after the current meeting.”

There was no consensus yet on tax rate for gold.

20 killed as trains collide near Karachi