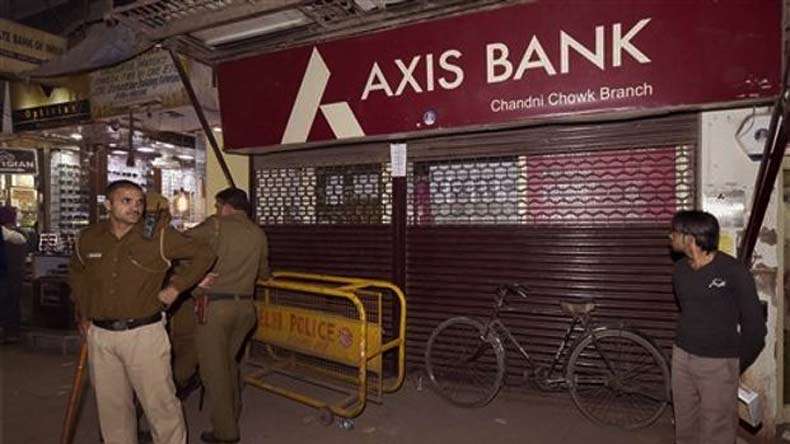 The raid was conducted around 10 a.m. at an Axis Bank branch situated at Sector-51.

A police officer said the suspected accounts were opened on the name of several fake companies and a few low income individuals.

“IT officials also found that the directors or owners of these fake companies are daily labourers,” a police officer said.

The officer said these fake accounts came to the notice of the IT department when a jeweller in Noida sold gold worth Rs 600 crore after the November 8 demonetisation announcement, and deposited the money he got at the Noida branch.

“Most of the money has reached the jeweller through RTGS (Real Time Gross Settlement system),” the official said.

A large number of account holders gathered outside the bank as they were not allowed to go inside. A police team was also deployed outside the Axis Bank branch.

IT officials also recovered over Rs 100 crore from 44 suspect accounts in an Axis Bank branch in Chandni Chowk area in Delhi.

Lok Sabha adjourned for the day amid disruptions