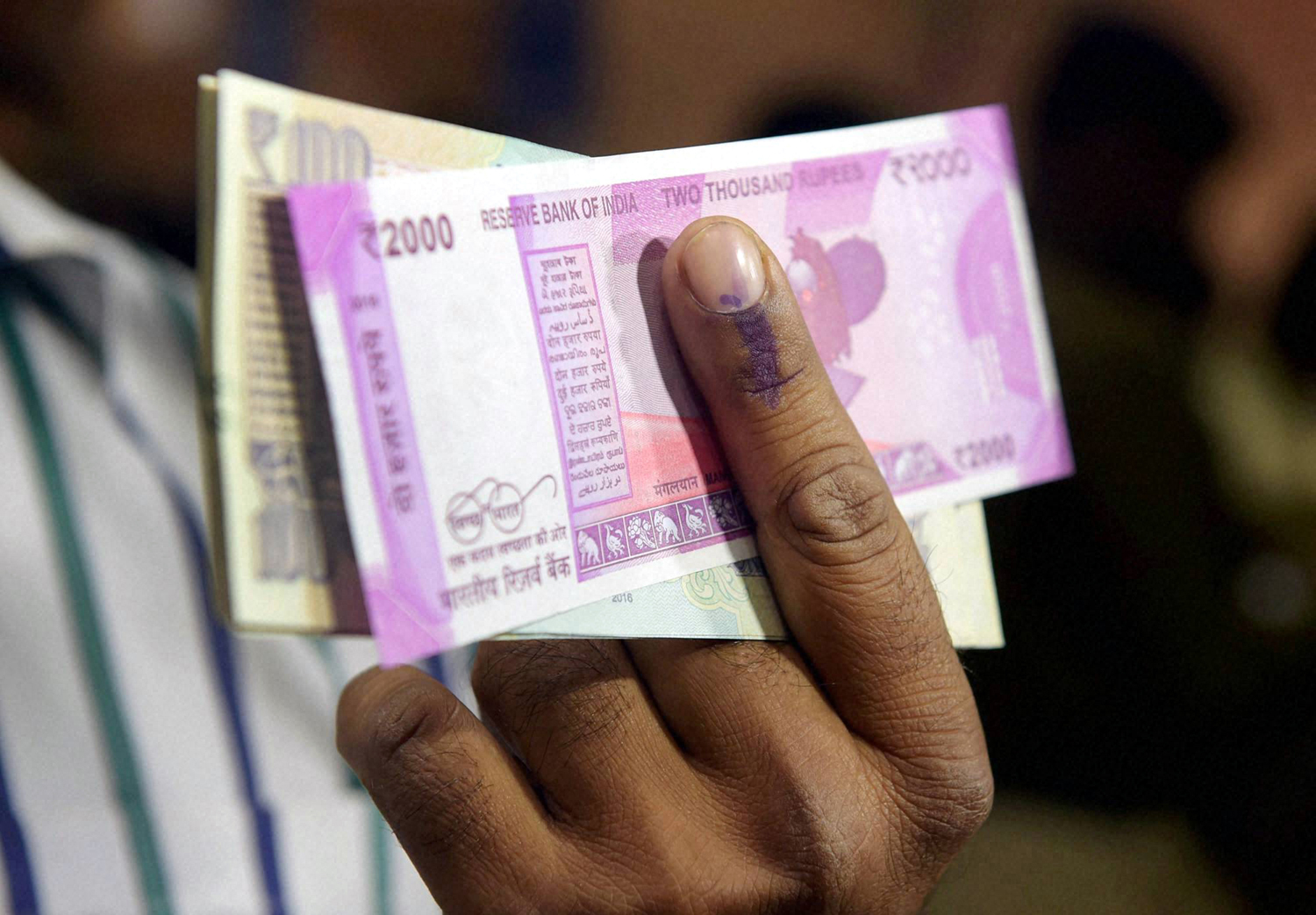 Wednesday morning, they found a few banks in the National Capital Region (NCR) sans indelible ink which, the government announced, would be used to mark customers to prevent them from visiting different banks to withdraw or exchange money. In the absence of indelible ink, bank officials and police had a tough time managing the crowds, since they could not identify people making repeat visits.

A police official deployed at Kotak Mahindra Bank said: “Since ink is not being used, it is difficult for us to identify those who are visiting banks multiple times.”

“It has been decided that banks, while exchanging old bank notes for new currency, will put indelible ink on the right index finger of customers like during voting. It has already started at 11 State Bank of India branches in Delhi on Wednesday morning,” an informed source said. However, an SBI official in Sector 16 of Noida said: “We have not received indelible ink from the RBI. We have been told that it will reach here by this evening.”

Meanwhile, chaotic and serpentine queues outside automated teller machines continued even on the eighth day since the November 8 announcement on demonetisation of old Rs 500 and Rs 1,000 notes.

There were people who felt it was necessary to visit banks repeatedly as banks would not allow full exchange of the amount permitted by the government.

Dinesh Kumar said: “Although the limit to exchange old notes is Rs 4,500, bank officials allowed me to exchange just Rs 2,000 on Tuesday. So, I had no option but to visit the bank again on Wednesday for more exchange.” Many people also complained about non-availability of cash at banks and ATMs.

V.D. Sharma, who visited an HDFC Bank, said: “I have been told by the bank officials that the bank and its ATM are out of cash. How can the banks run dry just one hour after opening?”

Some office-goers said they took special day offs from office on the pretext of having no cash and visiting banks and ATMs to withdraw money.

Ravish Tiwari, a senior manager in a private company, told he has taken leave from office to withdraw money.

“On the first day when the bank opened for exchanging cash, I managed to convert my spiked currency totalling Rs 2,000 and thought I will revisit bank next time when rush decreases,” Tiwari said. “But that money got spent within a week. Therefore, I am waiting for my turn to withdraw cash,” Tiwari said outside an ATM kiosk in Laxminagar.

Mahadev, a rickshaw-puller from Khajoori Khas in noth-east Delhi, said he did not have money to even purchase food.

He said he had opened a bank account under the Pradhan Mantri Jan Dhan Yojana and held an ATM card.

“After the demonetisation, there is a decline in customers as they have no petty cash, which is severely affecting my daily earnings,” Mahadev said as he waited for his turn outside an ATM in Khajoori Khas.

“Should I stand in queue or ply for customers to meet my daily need? I am confused.”