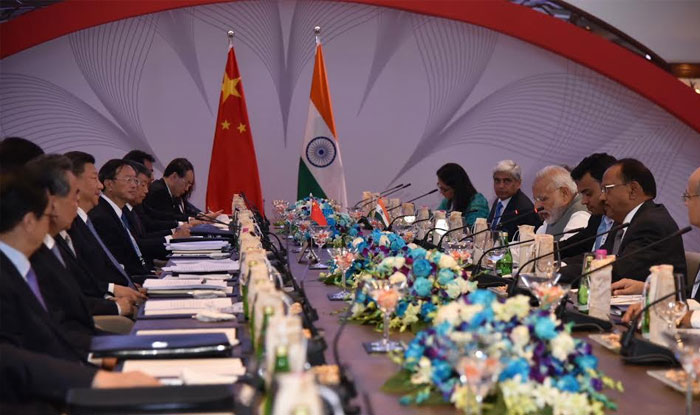 “Modi said that both India and China had been victims of terrorism which was a scourge afflicting the entire region,” Swarup said. Modi and Xi Jinping met at a beach resort here, ahead of the BRICS Summit to review bilateral ties and its dimensions.

“Modi said that both India and China had been victims of terrorism which was a scourge afflicting the entire region,” Swarup said. Swarup said that Xi underlined that “terrorism and violent extremism were on the increase”, alluding to the threat from the Islamic State terror group.

Asked about China blocking the Indian effort to have Azhar banned, Swarup said it was up to China to consider the move that will safeguard not only the region but the entire world from terrorism.

“The Chinese side is very well aware of our concerns, and the need for us to ensure that globally notified terrorists are designated by the UN,” he said, adding that the two sides are coordinating on the issue and talks would continue over it.

The Spokesperson said that the Modi and Xi also had a “brief discussion on” India’s prospects of joining the Nuclear Suppliers Group (NSG).

“PM Modi said we look forward to working with China to realise India’s membership of the NSG,” he said.

Swarup said that one round of dialogue has already been held on this issue and the second would be conducted soon.

This apart, both leaders expressed satisfaction at the increase in high-level visits between the two countries.

Modi and Xi agreed that bilateral investment and economic cooperation has increased.

Xi said that Chinese companies were being encouraged to invest in India, according to Swarup.

Modi also appreciated China’s contributions to the BRICS and said the New Development Bank of BRICS nations was a symbol of partnership of the member states of the grouping.

Pak ready for dialogue only if India is serious about Kashmir