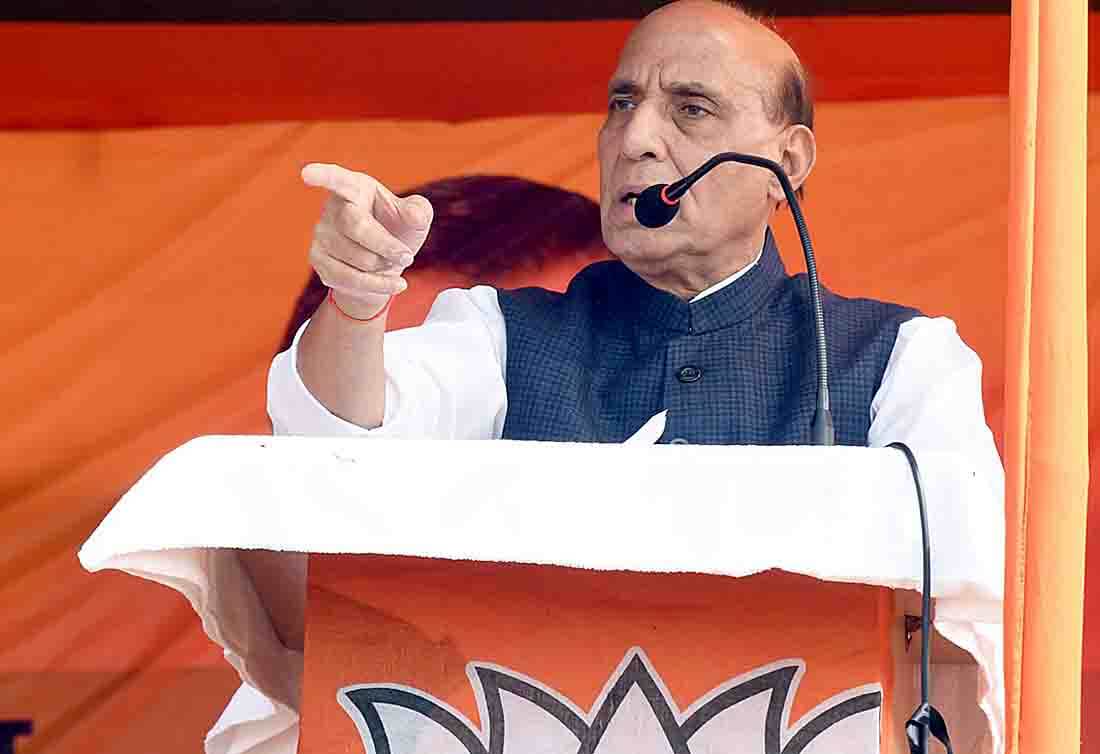 New Delhi, 5 Nov : In a clear message to China, just ahead of talks to resolve border issue, Indian Defence Minister Rajnath Singh said on Thursday that India is facing challenges on its borders and will defend its sovereignty and territorial integrity.

Related Topics:bordersDefendIndiaRajnath Singh
Up Next

‘This is my last election,’ Nitish announces at poll rally