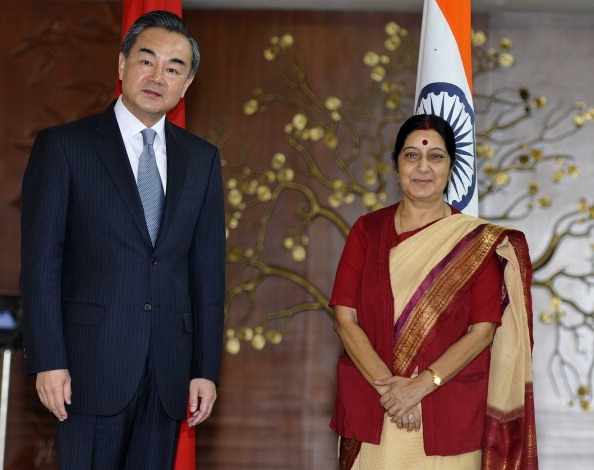 Beijing, 22 Feb 2017 : India on Wednesday raised its concerns with China over its continuing opposition to a terror ban on Jaish-e-Mohammad chief Masood Azhar and on stymieng New Delhi’s membership to the NSG — but the talks did not appear to have made much headway.

The issues have become the latest irritants in bilateral ties.

Briefing reporters after attending the dialogue, Jaishankar said he had conveyed that banning Azhar, mastermind of the Pathankot and Uri attacks, was not just New Delhi’s concern but the international community was also “pressing” for it.

“On the issue of the 1267 Committee sanctions on Masood Azhar, we again explained to them the rationale for that application and pointed out today that this was really being pursued by other countries, not by India alone,” Jaishankar said.

“The fact that other countries were pressing this application showed that there was broad international support for this and concerns about Masood Azhar’s activities,” he added.

However, Jaishankar did not offer what Beijing had to say on the issue.

India raised the topic of the Jaish chief after China recently blocked a proposal by the US to add Azhar to the list of international terrorists, adding to the three rejections in 2016 to the Indian proposal.

China maintains there is not enough evidence against the Pakistani terrorist and the issue was between India and Pakistan, which should be resolved mutually.

On New Delhi’s bid for membership of the elite Nuclear Suppliers Group, Jaishankar said China’s “view of procedures and processes” were different.

“On the NSG issue the Chinese side underlined that they were open to India’s application for membership but they had their view of procedures and processes and these were somewhat different from where we are at the moment and where we think most of the group is at the moment,” India’s top diplomat said.

China’s argument is if India can be let in why not Pakistan, which also is not signatory to the NPT.

“Another issue which came was trade and economic cooperation. We made our concerns about the trade deficit very clear to the Chinese side and it was agreed that the Joint Economic Group which is headed by CI will meet early to review this.

“The Chinese have taken some measures but clearly these haven’t addressed the problem in a substantive way.”