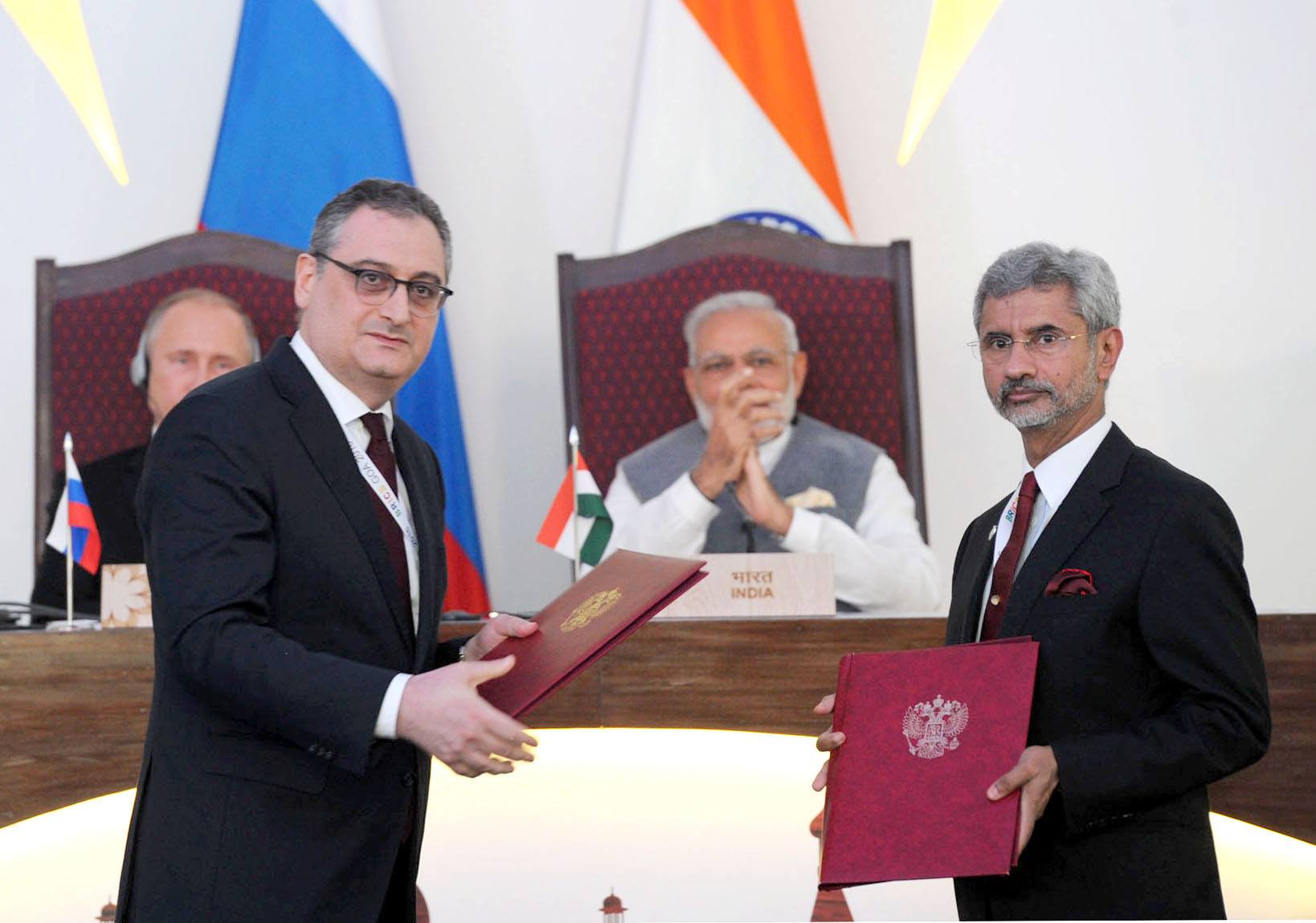 Among the agreements signed were procurement of the S-400 air defence system and construction of 1135 series of frigates in India.

Another agreement was signed to set up a joint venture to manufacture helicopters.

A memorandum of understanding (MoU) was signed for setting up an investment fund of $1 billion.

Another important agreement was signed for the joint study of a gas pipeline to India from Russia. Rosneft also signed an agreement with ONGC Videsh for education and training in the oil and gas sector. Both sides agreed to extend cooperation in railways development and to increase the speed of trains between Nagpur and Secunderabad.

An MoU was signed between India’s ISRO and the Russian state space agency on collaboration in space technology.

An agreement was signed on cooperation on international information security.

Another MoU was signed for expansion of bilateral trade and economic cooperation between India and Russia.

A road map for celebrating 70 years of India-Russia diplomatic ties was also announced.

Another announcement pertained to cooperation between the two countries on international issues.