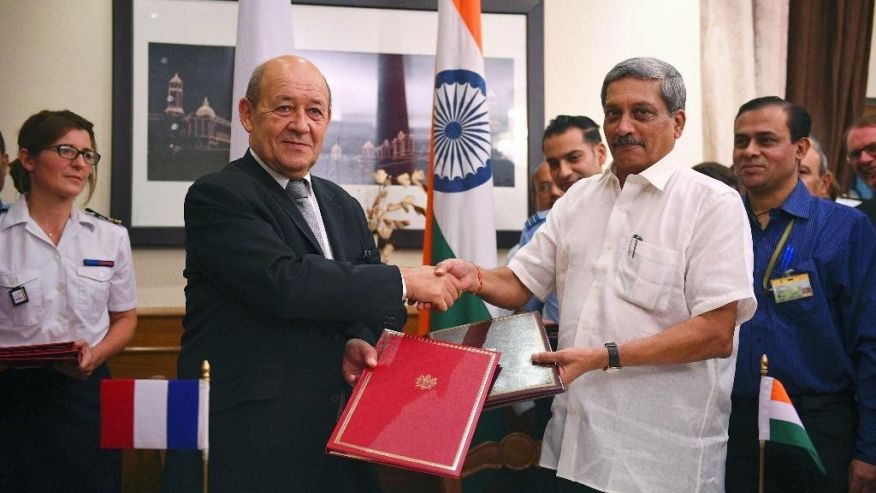 New Delhi: India signed a deal to buy 36 Rafale fighter jets from France on Friday for close to 7.8 billion euros ($8.7 billion) on Friday, the country’s first major acquisition of fighter planes for two decades. France’s Defence Minister Jean-Yves Le Drian inked the agreement with his Indian counterpart Manohar Parrikar in New Delhi, ending almost 18 months of wrangling over financial terms between New Delhi and Dassault Aviation, the jet’s manufacturer. India’s defence ministry said it would confirm the exact price later on Friday, but officials said it would be close to 7.8 billion euros.

Related Topics:dealFranceIndiaRafale jets
Up Next

Uri sacrifice will not go in vain, will isolate Pakistan: Modi