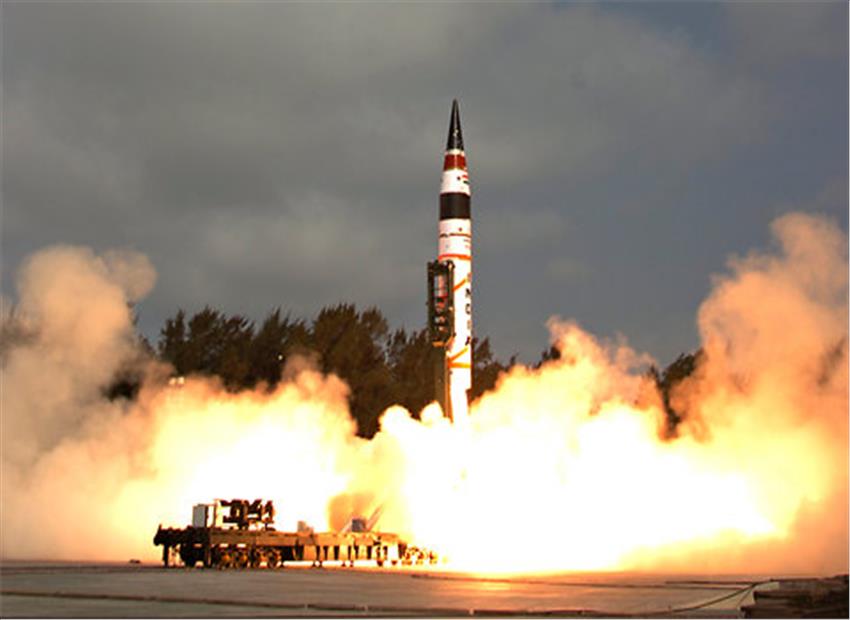 This is the fourth and final test of the missile, developed and successfully tested by the Defence Research and Development Organisation (DRDO) under the Integrated Guided Missile Development Programme, according to defence sources.

It was launched around 11.05 a.m. from a mobile launcher complex-4 of the Integrated Test Range (ITR), the sources said.

“We are analysing the test launch after collecting information from radars. The report suggests it is a successful launch,” said an official source.

On January 31, the canisterised version of the missile was successfully test-fired.

Speaking about the Agni-V missile, V.K. Saraswat, former DRDO chief and Niti Aayog member, said: “Right from the beginning, the missile was designed for the canisterised version.”

“Agni-V has all the capability to meet evolving threat and operational requirement of India. Now, we should look for introduction of force multipliers like MIRV (multiple independently targetable re-entry vehicle) in the missile.”

The Agni-V missile, in its operational form is designed to be stored and launched from the canister, enhancing its storage, operational readiness, transportability, response time and shelf life.

MIRV is a missile payload with several warheads, each capable of being aimed at independent targets. This helps in reducing the efficiency of the anti-ballistic missile capability of the adversary.

With the success of the final development test, Agni-V is now ready for induction into the strategic arsenal of India.

On why only four tests for clearing the missile for operations, Saraswat said, “DRDO conducted 30-odd launches before inducting Prithvi missiles. Those were the initial days.”

“Now, we are using proven technology which does not require large number of tests. DRDO today has high level of instrumentation and the processing capability on ground as well as in the missile is high.”

DRDO has been steadily increasing the range of the missiles through redesigning the operational missiles for longer ranges.

Speaking about Agni-V missile’s capability to launch satellite, Saraswat said, “It is a building block. It can be used to deliver satellites, below 100 kg weight, into the lower earth orbit (LEO) with addition of a small injecting stage in the missile. We had made studies at that time.”

A LEO satellite can be launched during the war to gather information on the “theatre battlefields” for specific requirements.

Agni-V was first tested in 2012 when V.K. Saraswat was the Secretary, DRDO.

The Inter-Continental Ballistic Missile (ICBM) Agni-V has the capability to strike targets anywhere in all of Asia and parts of Africa and Europe.

The three-stage 17 metres long, 2-metre wide, 50-tonne Agni-V is capable of delivering nuclear warhead of over a tonne to a distance of more than 5,000 km.

Once the Agni-V is inducted into the Indian military, India would join the super exclusive club of countries with ICBMs alongside the US, Russia, China, France and Britain.

Many opposition parties to stay away from Congress presser

Vice President to arrive on 2-day visit to Mumbai