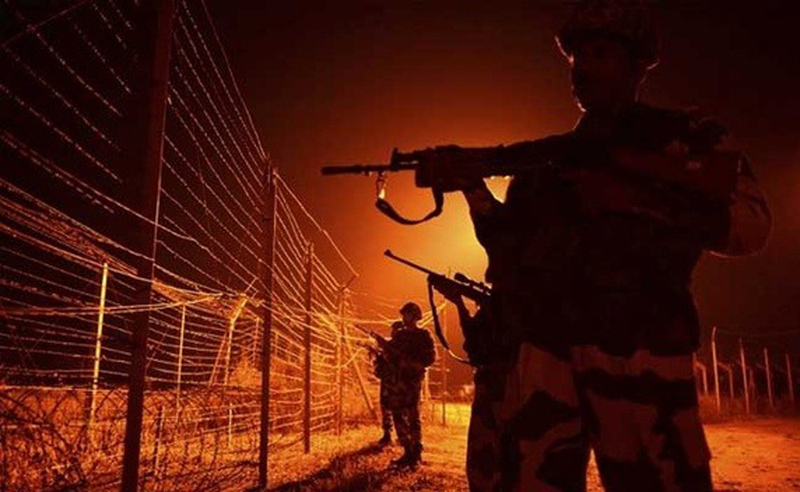 Srinagar, 29 Oct : A day after an Indian soldier’s body was mutilated by terrorists who escaped back into Pakistani side under covering fire from Pakistani troops, the Indian army said on Saturday it had hit back, destroying four Pakistani posts and inflicting “heavy casualties”. The posts were destroyed in a massive fire assault in Keran sector of Jammu and Kashmir’s Kupwara, said the army’s Northern Command.

“Heavy casualties were inflicted on the other side,” it said.

Sepoy Mandeep Singh, who was killed in the gunfight with the infiltrators on Friday, was beheaded by the terrorists who fled back to Pakistan-administered Kashmir under covering fire from Pakistan Army.

The Indian Army had said an “appropriate response” will be given.

This is not the first time Pakistan has mutilated the bodies of Indian soldiers.

The soldiers had their ear drums pierced with hot iron rods, eyes punctured and genitals cut off. The autopsy of the bodies also revealed that they were burned with cigarettes butts. Their limbs were also chopped off, teeth broken and skull fractured during the torture. Even their nose and lips were sliced off.

In another incident, on January 8, 2013, Pakistani soldiers entered Indian territory in Krishna Ghati sector of the border and killed two Indian soldiers – Lance Naik Hemraj and Lance Naik Sudhakar Singh. Indian officials said both the bodies were mutilated, and Hemraj’s body was decapitated. General Dalbir Singh, just after taking over as the Army chief, had then said if a similar incident occurred the Indian Army’s response “will be more than adequate in future”.

Article 4 of the Third Geneva Convention protects captured military personnel, some guerrilla fighters, and certain civilians. It applies from the moment a prisoner is captured until he or she is released or repatriated. One of the main provisions of the convention makes it illegal to torture prisoners, and states that a prisoner can only be required to give his name, date of birth, rank and service number if applicable.

This Diwali to be more polluted than last two years