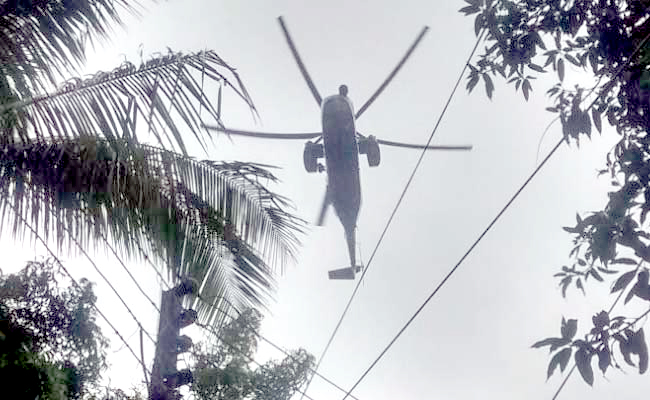 Mumbai: The Indian Navy on Thursday was set on high alert after two school children reportedly saw 5 to 6 men in ‘navy fatigue’ and carrying arms.

As per sources, the High alert was issued at Naval ammunation depot INS Abhimanyu opposite Mumbai harbour after two school children saw two suspicious men in navy fatigue near the Uran Navy base in Mumbai. Compared to the previous situations this is the highest state of alert that Indian Navy has ever been put up to.

Coast Gaurds, Anti-Terrorist Squad (ATS) with other security agencies have also been alerted. DGP of Maharashtra Police Satish Mathur said the ‘suspected terrorists’ were spotted early in the morning at 6:30 am.

Further commenting on the situation a Navy spokesperson said, that keeping in mind the current situation, no alert can be taken lightly. “Our helicopters are making sorties at and around Uran,” he added.
Confirming the alert, Navy officials said, “At around 11 am ,students said they saw 4 men in Pathan suit type dresses talking to each other in a different language”.