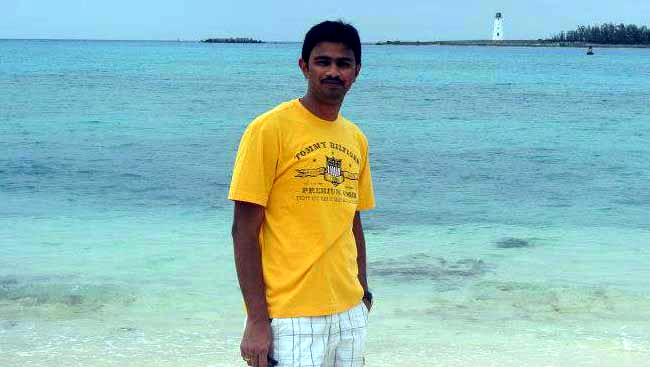 New Delhi, 24 Feb 2017 : External Affairs Minister Sushma Swaraj on Friday expressed shock over the shooting incident in the US in which an Indian-origin man was killed and another injured, and said that two Indian Embassy officials have rushed to the state of Kansas where the incident took place.

Srinivas Kuchibhotla and Alok Madasani were shot at a bar in Olathe, Kansas, on Wednesday night by a former Navy serviceman who mistook them for “Middle Easterners”. Kuchibhotla died in the shooting.

“I am shocked at the shooting incident in Kansas in which Srinivas Kuchibhotla has been killed. My heartfelt condolences to bereaved family,” Sushma Swaraj tweeted.

Swaraj said she had spoken to Indian Ambassador in US Navtej Sarna and that “two Indian embassy officials have rushed to Kansas”.

According to her, “Alok Madasani, who was injured in the incident, has been discharged from the hospital”.

During the incident an American, who tried to intervene, also received injuries, a External Affairs Ministry spokesperson Vikas Swarup said.

“The deceased and the injured person are from Hyderabad and Warangal, and have been working at Garmin in Olathe,” he said.

“Consul R.D. Joshi is rushing from Houston to Kansas to render all possible assistance. Vice Consul Harpal Singh is also proceeding from Dallas to Kansas.”

According to the spokesperson,the Indian officials will meet the injured and facilitate in bringing the mortal remains of the deceased and be in touch with local police officials to ascertain more details of the incident and monitor follow up action.

“They will also meet the community members in Kansas,” Swarup said.

The attacker, identified as Adam Purinton, mistook the Indians for “Middle Easterners” and reportedly yelled “get out of my country”.

Ian Grillot, 24, was injured when he tried to intervene to save the Indians.

Kuchibhotla hailed from Hyderabad while Madasani hails from Warangal town in Telangana. They were working as aviation programme managers at Garmin, an electronics manufacturer.

Shutdown called in Manipur ahead of PM’s visit