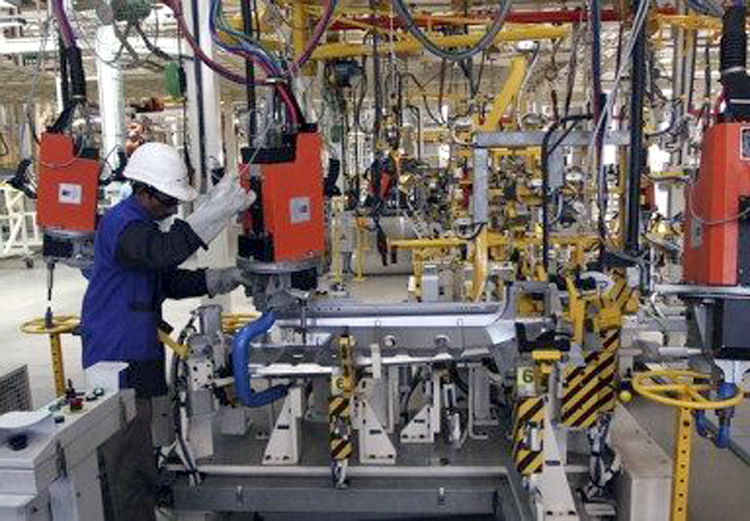 New Delhi, 12 Jan 2017 : India’s factory output rose 5.7 per cent in November, the first month of the government’s demonetisation drive, while retail inflation declined to 3.41 per cent in December from 3.63 per cent in the month before, official data showed on Thursday.

The factory output, as per the Index of Industrial Production (IIP), had declined by 1.81 per cent in October and a 3.4 per cent slide in the corresponding month of last year.

As per the IIP data released by the Central Statistics Office (CSO), the rise was mainly on account of a 5.5 per cent increase in manufacturing output, which also has the maximum weight in the overall index.

Among the other two major sub-indices, electricity generation increased by 8.9 per cent while that for mining output was up by 3.9 per cent.

Retail inflation, according to the Consumer Price Index (CPI) data, eased last month from 5.61 per cent reported during the corresponding period last year.

The fall in CPI was mainly due to a drop in the annual food inflation — to 1.37 per cent in December from 2.03 per cent in November.

The CPI data revealed that the annual retail inflation for rural India was 3.83 per cent while that for the urban centres was 2.90 per cent. The annual food inflation was 2.06 per cent in rural areas and 0.15 per cent in the urban conclaves.

Related Topics:DemonetisationFactoryretail inflation
Up Next