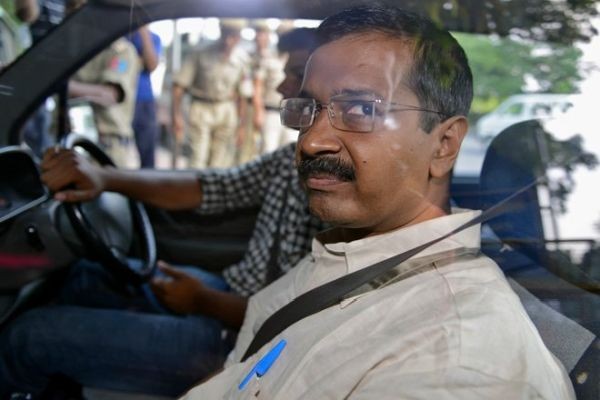 New Delhi, 24 Dec 2016 : Delhi Chief Minister Arvind Kejriwal on Saturday was granted bail in a complaint case filed against him for allegedly giving “misleading information” in his poll affidavit ahead of the 2013 assembly elections.

Metropolitan Magistrate Aashish Gupta allowed the bail plea moved by Keriwal’s counsels Rishikesh Kumar and Irsad as the concerned magistrate was on leave.

Kejriwal appeared before the court in pursuance of summon issued against him in the complaint case filed by an NGO alleging that the Chief Minister had “wilfully misled” the Election Commission of India by concealing his correct address and suppressing the market value of his property.

The court held that furnishing an improper address so that the proper/correct address remained untraceable and also giving an improper valuation of the property “prima facie amounts to wilful concealment and suppression and also furnishing of false information and thus, there is sufficient ground for proceeding against the accused Arvind Kejriwal under section 125 A (penalty for filing false affidavit) of the Representation of the People Act and section 177 (furnishing false information) of the Indian Penal Code”.

The complaint was filed by NGO Maulik Bharat Trust, through its office bearers, Neeraj Saxena and Anuj Aggarwal, alleging that Kejriwal “suppressed the actual figures of property owned by him” and and deliberately furnished a wrong address of his property in Indirapuram, Ghaziabad.

The plea contended that “wilful concealment and suppression of correct address and value of the aforesaid property amounts to commission of a criminal offence under section 125A of the Representation of the People Act, 1951 punishable with six months of imprisonment and/or fine or both.”

All candidates filing nomination papers are required to furnish an affidavit to the EC with details of the actual cost of property and any investments that they have made.