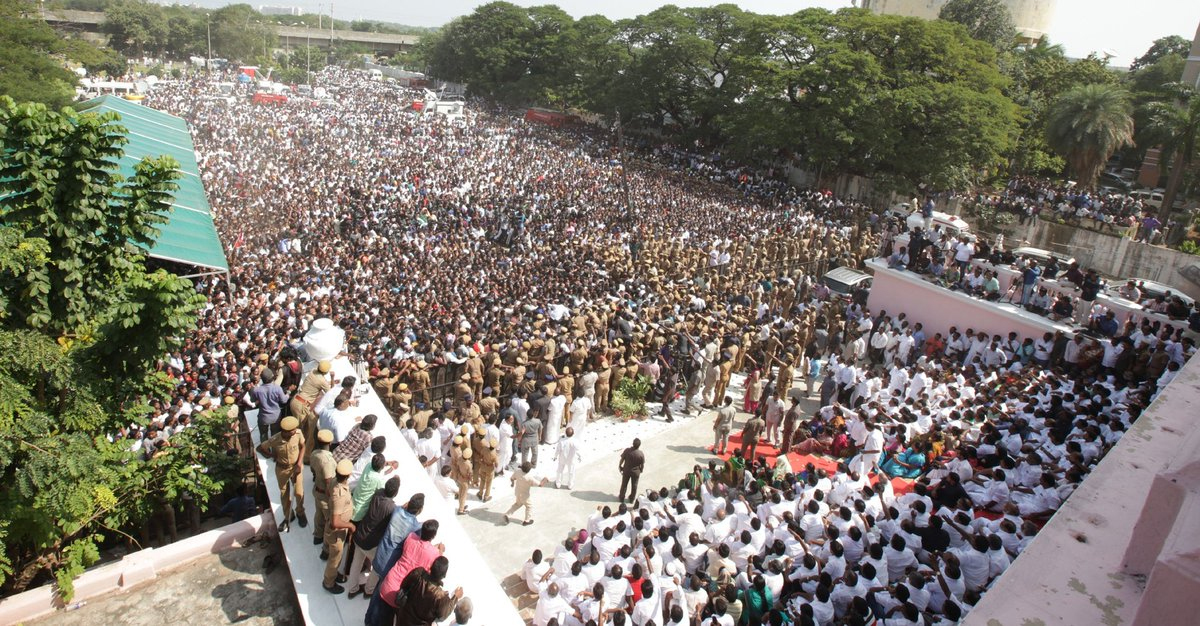 The 68-year-old charismatic leader, who was in Apollo Hospitals since September 22, died here at 11.30 p.m. on Monday.

Jayalalithaa’s body was taken to her residence at Poes Garden on Tuesday. After performance of the last ceremonial rites as per tradition, her tricolour draped body was shifted to Rajaji Hall here for people to pay their last respects to the departed leader.

Jayalalithaa’s close confidant Sasikala Natarajan was standing near her body.

AIADMK MLAs and MPs as well as other party officials were at Rajaji Hall. “Jayalalithaa is very bold, intelligent and shrewd — three important qualities for a politician. It was she who campaigned throughout the state during the 1984 assembly elections when MGR (AIADMK founder M.G. Ramachandran) was hospitalised. She was instrumental for the party’s victory in that elections,” Thirunavukarasar told. “She was charismatic and able to attract and convince people and secure votes. People saw her as MGR’s political heir. She was an able administrator and knew what is what. Her strength was her boldness,” he said.