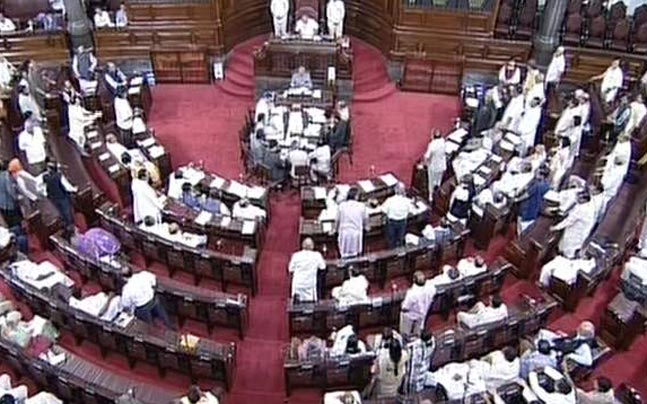 New Delhi, 25 Nov 2016 : The Lok Sabha was disrupted over the demonetisation issue for the seventh straight day on Friday, losing the day’s business to disruptions.

The first adjournment came shortly after the house met. Speaker Sumitra Mahajan tried to conduct the Question Hour, but she could not due to the ruckus.

The house was adjourned until 12 noon.

Adding to the chaos, a man attempted to jump into the lower house from the visitors’ gallery, but he was stopped in time.

The man was identified as Rakesh Singh Baghel, Speaker Sumitra Mahajan announced when the house reassembled at 12 noon.

The man was interrogated by security officials. He said he was upset over demonetisation.

The Speaker also informed the house that the man may be freed with a warning after inquiry.

“We demand that the Prime Minister withdraw his comments and apologise for the comments he has made,” Trinamool Congress leader Sudip Bandyopadhyay said.

“On a day when we are trying to find a solution to how the house can function, the PM has made comments that have hurt the opposition,” he added.

The Speaker carried on with the Zero Hour for a while even as the opposition members created ruckus, before adjourning the house for the day.

Critics upset as they were tripped by demonetisation: Modi