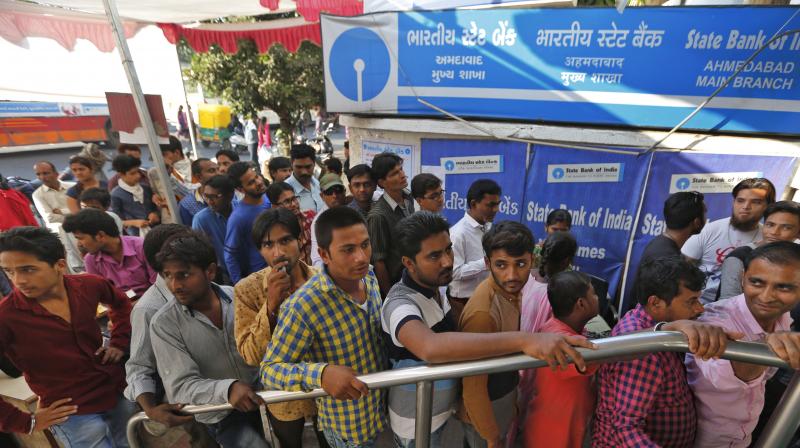 New Delhi, 1 Dec 2016 : Young working professionals to pensioners, a large number of people queued up at banks long before the start of banking operations on Thursday morning – the first pay day after demonetisation.

“Our bank accounts are refilled but our pockets are mostly empty. Let’s see if we have some luck,” a young IT employee said outside an ATM outlet in Salt Lake, Kolkata’s IT hub.

Even on the 23rd day after demonetisation, banks and ATMs continued to disappoint people.

A number of ATMs in the city and suburbs displayed ‘No Cash’ notice while the functional ones mostly dispensed Rs 2,000 currency notes.

Queues at banks in the city were relatively longer as many people wished to withdraw the maximum amount permitted to avoid a cash crunch in running their families over the next few days. “Withdrawal at ATM is limited. I need bigger amount to run my family expenses. That’s why I am planning to withdraw Rs 24.000 from the bank,” said a man standing in a queue at a nationalised bank since 7.30 a.m.

Related Topics:ATMsDemonetisationeconomyHuman interest
Up Next