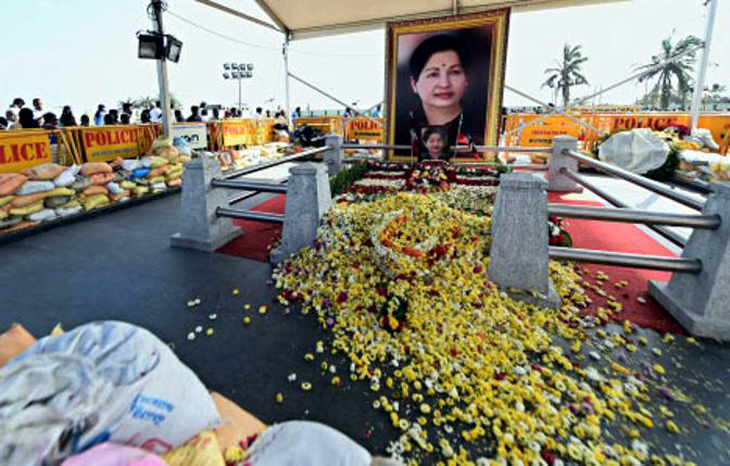 Chennai , 29 Dec 2016 :  The Madras High Court on Thursday cast doubts on the reason behind the sudden death of J. Jayalalithaa and asked why the late Tamil Nadu Chief Minister’s body could not be exhumed.

Hearing a public interest litigation filed by an All India Anna Dravida Munnetra Kazhagam (AIADMK) member, the court referred to the media reports about the secrecy surrounding Jayalalithaa’s health condition while she was in Apollo Hospitals and said it too has doubts.

The court said that after news reports about Jayalalithaa recovering well, there was the sudden news that she was dead.

The court issued notices in this regard to the prime minister and the central and state governments.

The court also said no revenue division officer saw the body nor any health report was given. The court also asked whether the guidelines given in Netaji Subhas Chandra Bose case were followed in Jayalalithaa’s case as it was the death of a person having a large public following.

Jayalalithaa was in the Apollo Hospitals for 75 days. Nobody was allowed to see her in the hospital on the pretext of risk of causing infection.

Reacting to the court’s observations, Pattali Makkal Katchi (PMK) founder S. Ramadoss in a statement demanded a probe by the Central Bureau of Investigation (CBI) into Jayalalithaa’s death.

Citing reports about amputation of Jayalalithaa’s legs, Ramadoss said if that was true, it was not known whether the permission for the surgery was obtained from her blood relatives or from the state government.

He said normally when hospitalised, a person would lose weight, but Jayalalithaa did not seem to have lost any weight.