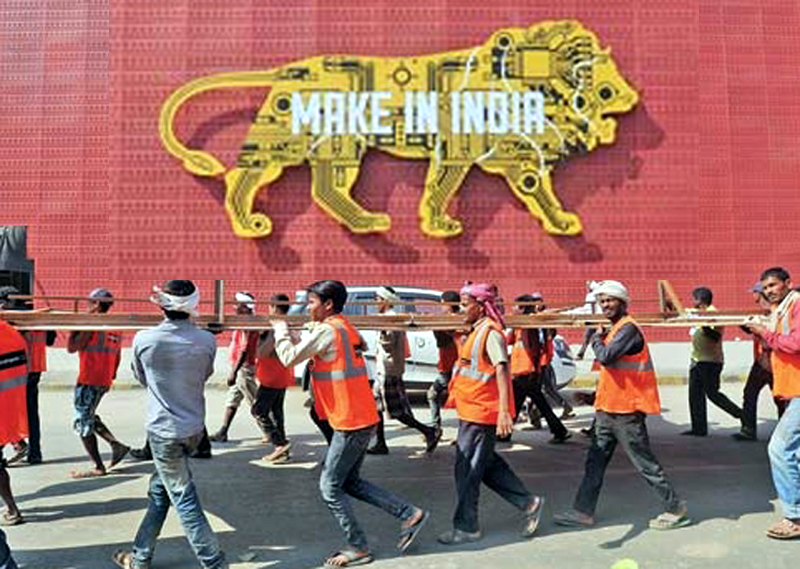 The textile sector accounts for 10 per cent of the country’s manufacturing production, 5 per cent of India’s GDP, 13 per cent of exports earnings and is the second largest job provider in the country, employing nearly 51 million people directly and 68 million indirectly in 2015-16, the Commerce Ministry report said.

“To provide encouragement to textile manufactures and farmers of raw materials, the government has been providing incentives like minimum support price to cotton farmers, upgrading the technology for handloom weavers and providing centres for trade facilitation,” it said.

While 100 per cent foreign direct investment (FDI) is allowed under the automatic route, FDI inflows into the sector between 2014-16 added up to $427.55 million.

A number of tax reforms and benefits have been introduced to promote the sector, like the Merchandise Exports from India Scheme (MEIS), Interest Equalisation Scheme and reduction in Basic Customs Duty, it added.

On the automobiles sector, the report said the industry has been on a growth trajectory, with impressive rise in sales, production and exports over the last two years.

The $93-billion automotive industry contributed 7.1 per cent to India’s GDP and almost 49 per cent to the nation’s manufacturing GDP during the last fiscal.

Among the government’s initiatives, it mentioned the Automobile Mission Plan 2016-2026, which envisages making India into one of the top three automobile manufacturing centres in the world with a gross revenue of $300 billion by 2026.

The telecom industry in India is booming, with the second-largest subscriber base in the world at 1.06 billon connections, the report said.

As many as 38 new mobile manufacturing units have been set up since September 2015, which ramped up the manufacturing of mobile phone units in 2015-16 by 90 per cent, the government said.

The number of unique mobile phone subscribers in India is expected to cross the 1-billion mark by 2020.

“India will see an increase in adoption of 4G services, with the number of 4G connections estimated to grow to 280 million by 2020 from just 3 million in 2015,” the report added.

With 100 per cent FDI allowed in the telecom sector, 49 per cent of which is permitted through the automatic route, total FDI in the sector during 2014-16 was around $4.19 billion.

On incentives, the ministry said basic customs duty and special additional duty have been withdrawn and importers of mobile handset component need to pay only the countervailing duty of 12.5 per cent.

A duty advantage of 10.5 per cent exists for local manufacturers of mobile speakers and batteries, it added.