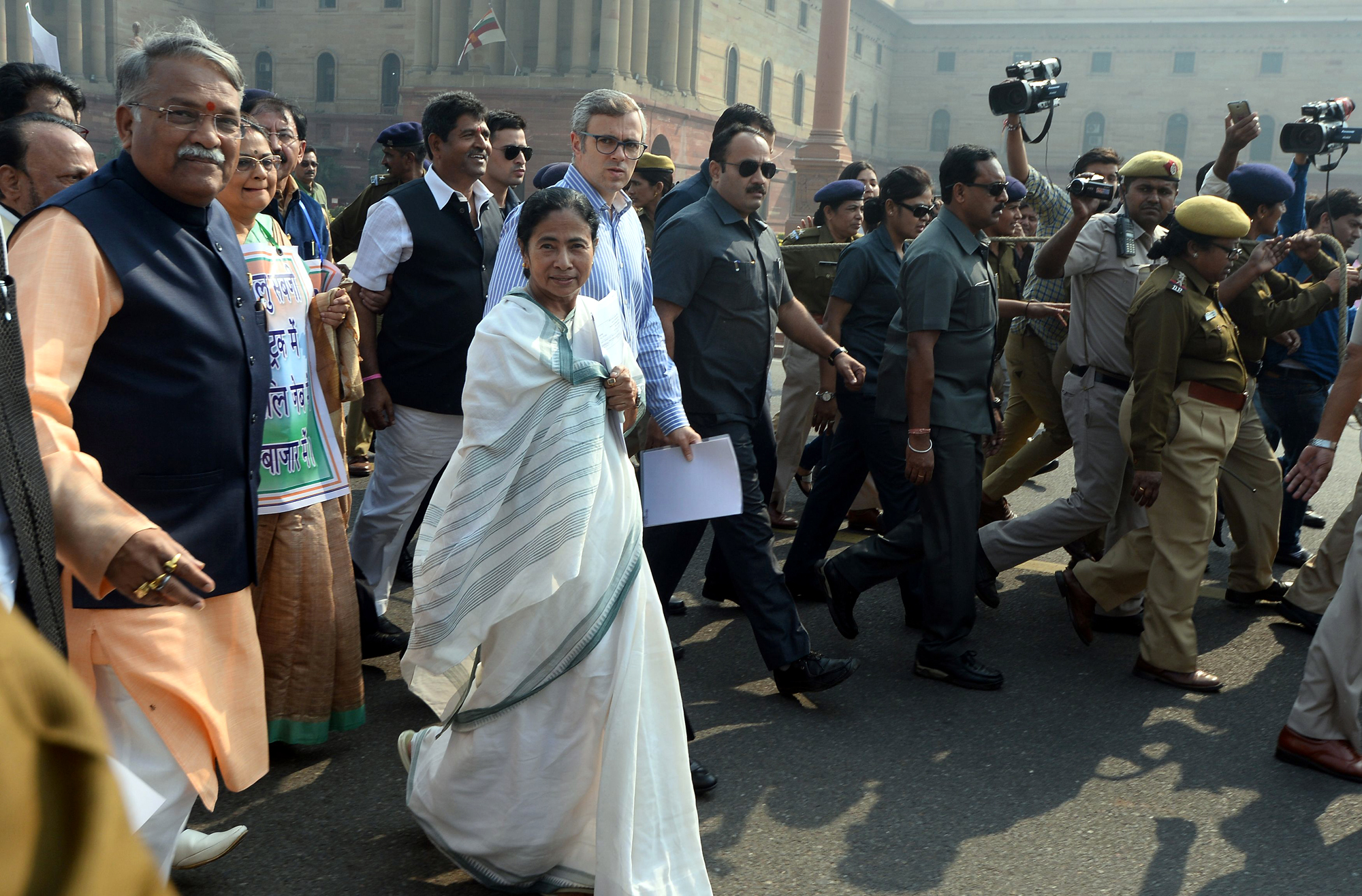 She also said that at least “20 deaths” have taken place across the country due to the stress caused by the cash crunch.

“Since the (demonetisation) decision was announced, 20-30 people have died across the country due to stress,” said Banerjee who led a march of the Trinamool, National Conference, Shiv Sena and Aam Aadmi Party to Rashtrapati Bhavan demanding rollback of demonetisation of 500 and 1,000 rupee notes.

She said the move was implemented by the Narendra Modi government “without planning” and has led to “anarchy”.

“The move was implemented without any planning, this has created financial calamity and financial emergency in the country. The country has been pushed towards anarchy. The government should restore normalcy,” said Banerjee.

She said that Mukherjee gave them a patient hearing and they hoped that he will take “appropriate action”.

National Conference leader Omar Abdullah was among leaders who took part in the march that started from the Parliament House premises.