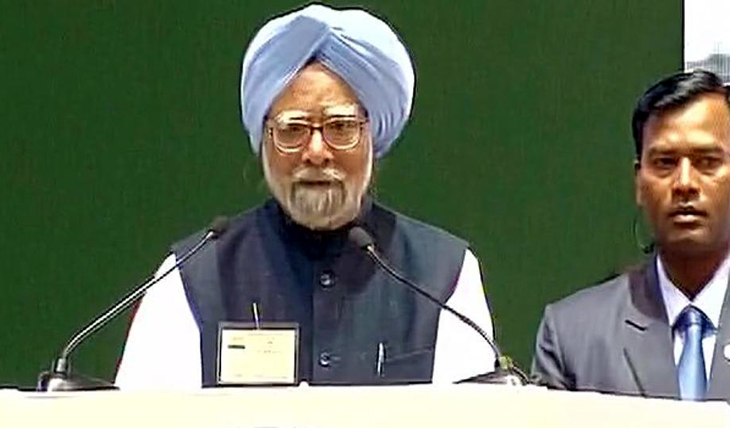 New Delhi, 11 Jan 2017 : Former Prime Minister Manmohan Singh and his Finance Minister P. Chidambaram on Wednesday attacked Prime Minister Narendra Modi over demonetisation, saying that the country will suffer a loss of Rs 1.5 lakh crore from the note ban and the “worse” was yet to come.

“Demonetisation has hurt the country hard. Things have gone bad in the last two months, but worse is yet to come,” said Manmohan Singh, addressing the Congress’ Jan Vedna Sammelan.

“The beginning of the end has come,” he added.

“Modi’s propaganda that the national income of India in the last two years has gone up, has failed… The 7.6 per cent growth rate of country has come to 7 per cent in only a few months as a consequence of steep fall in the GDP of the country,” the former Prime Minister, himself a well-known economist, said.

“According to the records we have been able to access so far, there is no record of a Cabinet meeting on November 8. We are yet to see a cabinet note of the meeting that took place, there has to be some record of the meeting taking place,” Chidambaram said.

“Ministers were kept prisoners till the Prime Minister announced the demonetisation decision,” he alleged.

“Demonetisation was the decision of one person. ‘I am the Führer. I am the leader. I must decide’,” he said, mocking Modi and going on to add: “All will have to suffer because of the folly of one person.”

Pointing out that post-demonetisation the country’s growth rate forecast has come down from 7.6 per cent to 7 per cent, Chidambaram said for the loss of every one per cent in GDP growth, the country “will face a loss of Rs 1.5 lakh crore.”

Chidambaram also dared Modi to put to test his claims of demonetisation putting an end to black money, corruption and fake currency.

He also slammed Modi for his push towards cashless economy.

“When the Prime Minister talks of a cashless society, he talks of something that never happened anywhere. He has no right to decide that. It’s my choice to use cash or card.”