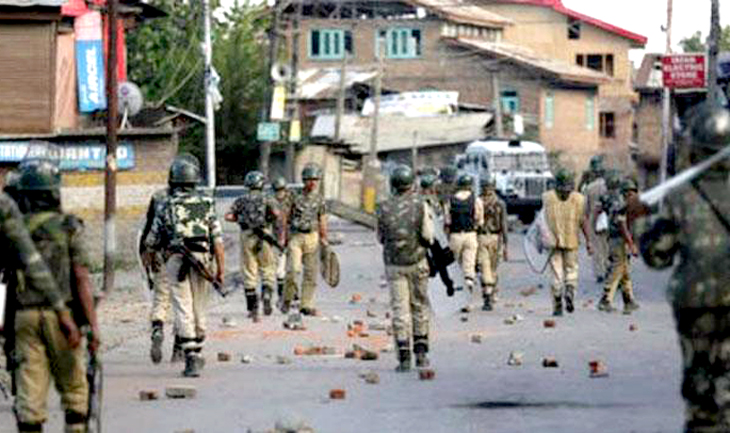 Srinagar, 28 March 2017 : A militant was killed in a gunfight in Jammu and Kashmir’s Budgam district on Tuesday while three local youth protesting the operation were also killed, officials said.

Defence ministry spokesman, Col. Rajesh Kalia told reporters here that the gunfight in Durbugh village of Budgam’s Chadoora area ended in the afternoon when the lone militant holed up inside a house was killed.

“The body of the slain militant and his weapon have been recovered from the site of the gunfight which has ended,” he said.

A soldier was also injured in the gunfight that lasted for nearly 10 hours.

The three youth were seriously injured and shifted to hospital where they succumbed to their injuries.

Acting on specific information about presence of militants, security forces surrounded Durbugh village but as they closed in on the house where the militants were hiding, they were fired upon, sparking of the gunfight, the official said.

Protests erupted in the area during the gunfight. Protesting youths also pelted stones at vehicles of the Central Reserve Police Force at Nagam village, three km away from Durbugh, as they were bringing troopers to augment the security forces engaged in the gunfight.