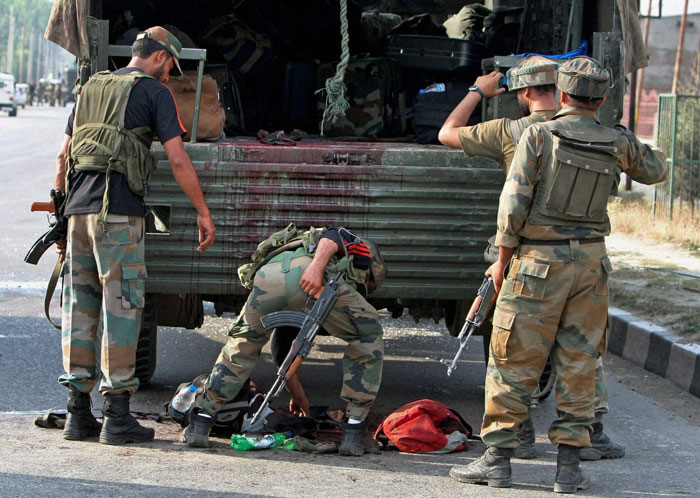 Militants fired around 9.50 a.m. at a bus which was part of the Kupwara-Srinagar BSF convoy passing through Langate area of the district, a BSF official said.

The official said that Head Constable Satender Singh suffered bullet injury in his left thigh, while another trooper — whose name could not be confirmed — suffered minor injury.

“Singh and the other BSF trooper were sitting in the bus when militants targeted the convoy. Both the injured troopers were evacuated to MI Room of 32 RR Batergam after providing first aid. They are said to be out of danger,” the BSF official said.