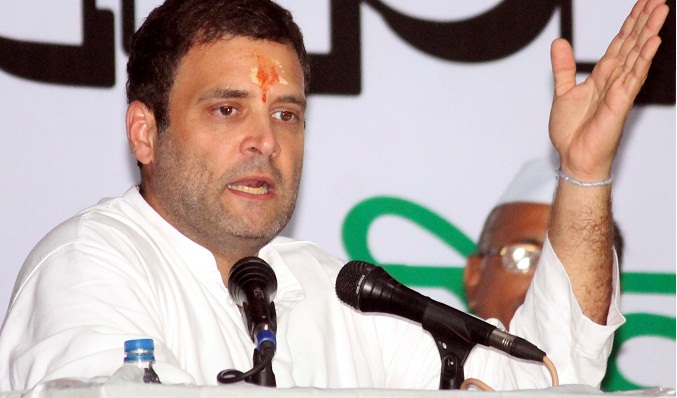 The Congress leader, who spoke briefly with journalists after visiting patients of Japanese Encephalitis at the Gorakhpur Medical College, said Modi had done nothing to contain the disease which, he said, had assumed epidemic proportions.

Gandhi’s visit to the hospital came ahead of his 6-km road show on the second day of his 2,500-km ‘Kisan Mahayatra’ in Uttar Pradesh.

He said the previous United Progressive Alliance government had allocated the maximum funds to battle Japanese Encephalitis in Gorakhpur and neighbouring areas.

Rahul Gandhi’s roadshow began from the university square and he is scheduled to visit Sehjanwa, where he will address a ‘nukkad sabha’ (corner meeting).

He will also visit a Dalit colony and meet its residents. He is slated to partake of food at a Dalit household in the colony.

A large number of Youth Congress workers are participating in the road show, which is led by motorbike-borne supporters.

Related Topics:CongressIndustrialistsModiNarendra ModiRahul Gandhi
Up Next

Modi to visit Pakistan? No decision yet, says India