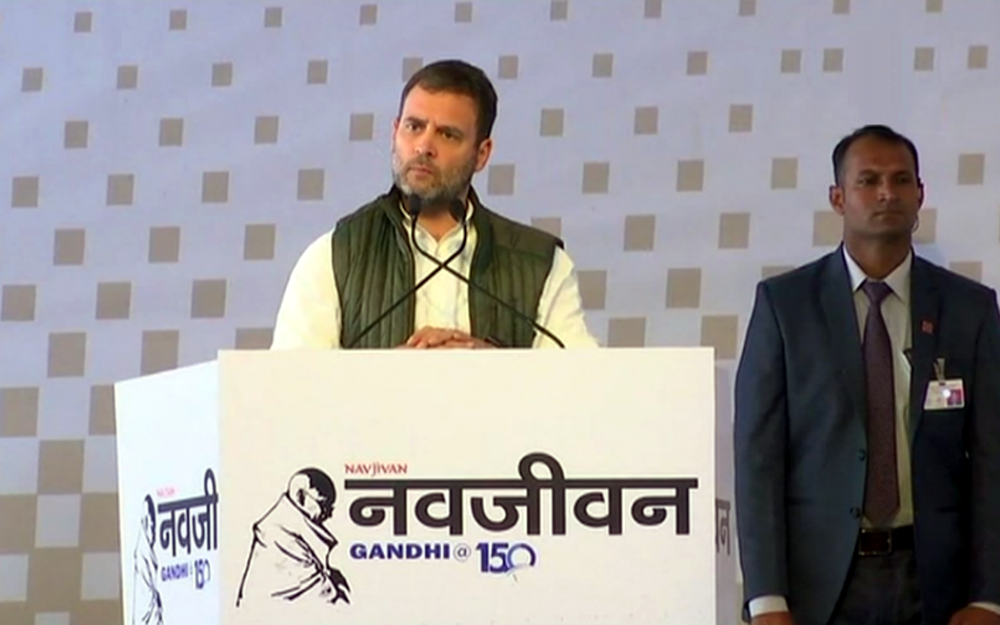 Mohali, 10 December : Congress President Rahul Gandhi on Monday attacked the BJP government over the issue of jobs and farmers’ dues, saying the Modi government considers farmers as a “liability”. He also charged that every institution in the country is being attacked. Gandhi was delivering his address after the Associated Journals Limited (AJL) announced the re-launch of Hindi newspaper “Navjivan”. A commemorative publication was also released on the occasion.
“Main issues are jobs and dues of farmers,” he said, adding, “anger is rising in the country”. “The reason for this is that Centre is not able to give jobs to youth. And this is the central challenge before Narendra Modi,” he said. “From the land of Punjab, I want to say this, be it the 21st century or the 22nd century, this country cannot move ahead without farmers. Food security and farmers’ future, without protecting these, the country cannot move forward, this is cent per cent clear,” he asserted.
“For jobs and farmers, Congress governments in states and at national level when our government will be formed, will have to work in a new way, with 21st century’s strategy and we can do this easily because we listen to the voice of India’s public,” he said.
“The Congress is fighting to protect institutions and we will win. We will defeat the BJP in the elections and show them their place. But we will have to go ahead. These two issues — one of jobs and the other one of farmers–will have to be solved,” he said. Former Prime Minister Manmohan Singh was among those present on the occasion.